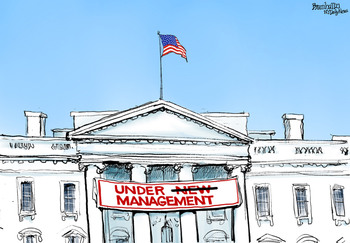 It’s been amusing but also frightening how many people still believe that somehow, even past March 4, that Trump is still really president and that the mass arrests are coming any moment now.

There is literally a cult of Trump evangelicals who believe he is “God’s chosen” - one “prophet” even declared that God had told him that Trump was so significant we would in the future refer to “BT” and “AT”, “before Trump” and “after Trump.”
You must log in or register to reply here.