The self-declared people's republics of Donetsk and Luhansk are home to Russia-backed rebels who have been fighting Ukrainian forces since 2014.
Russia's move is likely to end peace talks in the region, which has been under a tenuous ceasefire for years.
Western powers also fear it could pave the way for Russian military forces to enter Ukraine's eastern regions.

UK Prime Minister Boris Johnson said it would be "a flagrant violation of the sovereignty and integrity of Ukraine" and break international law. He said it was "a very ill omen and a very dark sign".
The EU said it would "react with unity, firmness and with determination in solidarity with Ukraine".

The move deepens the ongoing crisis in Ukraine, which is surrounded by more than 150,000 Russian troops on its borders. Russia says they do not plan to invade but the US believes Mr Putin is preparing an attack.
Russian passports have been given out to large numbers of people in both Donetsk and Luhansk, and Western allies fear that Russia could now move military units into the rebel-held areas under the guise of protecting its citizens.


Speaking in a televised national address immediately after the announcement, Mr Putin said modern Ukraine had been "created" by Soviet Russia, referring to the country as "ancient Russian lands". 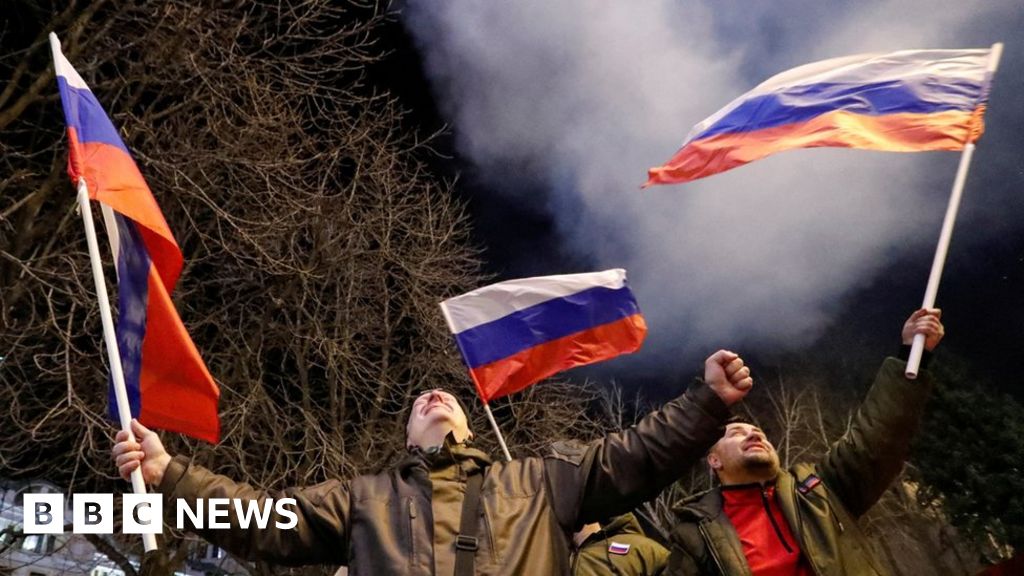 The announcement has drawn wide condemnation but Moscow says troops have yet to be deployed.
www.bbc.com
m/ ^_^ m/ "The goal of all life is death" - Sigmund Freud
​

Maybe at least we will get lots of pictures of naked dead Russian soldiers out of this.

The following opinion was posted today by Marc Weller, Professor of international law, University of Cambridge.


"For a quarter of a century, Russia has already strained international law and used force. So its use of force against Ukraine in 2014, and its deployment of “peacekeepers” in the east now is not really a “new normal”.

Back in 1999, the Kremlin disowned its peace agreement with Russia's southern republic of Chechnya, destroying the territory, much as it has now torn up the internatinal Minsk accords that were meant to keep the peace in eastern Ukraine.

It has illegally kept forces in neighbouring states like Georgia, Moldova and Ukraine, creating pseudo-states beyond the control of the central governments.

In 2008 it forcibly detached South Ossetia and Abkhazia from Georgia, falsely claiming to rescue local populations. Its deployment of “little green men” brought Crimea to declare itself independent and become annexed by Russia in 2014.

The West has hidden behind ineffectual mediation attempts, refusing to name these acts of aggression when they occurred. Putin was emboldened to use force even more openly. Recognising Luhansk and Donetsk as states is a similar ploy to cover the invasion of Ukraine, which has now already occurred."
m/ ^_^ m/ "The goal of all life is death" - Sigmund Freud
​
You must log in or register to reply here.