Beautiful Young Motorcyclist Kills Himself by Crashing into a Pole 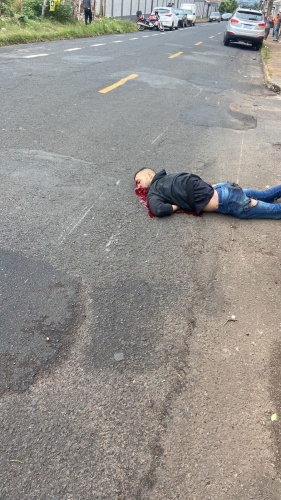 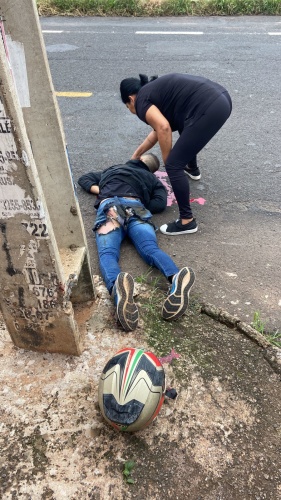 So sad......that we never get to see the splat.
Flesh and Blood:
Organic and Natural.
Nutritious and Delicious.

Different angles of suicide jump from a few days ago.

I managed to verify from a news source that this was in Ecuador and not in Brazil as we originally thought so apologies for that.

A man threw himself this Tuesday morning, February 1, from the 17th floor of one of the buildings in the sector of Puerto Santa Ana, in the center-north sector of Guayaquil. Guayaquil Fire Department units went to control the situation and were trying to talk to him for more than three hours, however he jumped and fell to the social area, near the pool.

Fire Department personnel indicated that the man, a native of Venezuela, indicated that he had had religious differences with his brother, with whom he lived. During the period of dialogue with the firefighters he also phoned his family living in Venezuela and said goodbye to his daughter, who was celebrating her birthday today.

Residents were alarmed by the situation. Marino Alava, who also lives in the building, told that he woke up frightened at 05:15 because he heard some kind of explosion and screams.

"I didn't look out or anything, it was only when I turned on the TV that I found out what was happening", said the resident of the area.

Alava explained that the man who was threatening to throw himself had thrown objects from the window of the apartment he rents. He also explained that just below the window was the swimming pool area and the falling objects would have awakened the neighbors.

The man had two knives in his hands with which he threatened Fire Department personnel. He also has some cuts on his arms from breaking the window.

Fire Department personnel were also on the terrace of the building. Some psychologists of the institution were trying to talk to the man of Venezuelan nationality.
Last edited: Feb 16, 2022
m/ ^_^ m/ "The goal of all life is death" - Sigmund Freud
​

Great to see this again!
I always wanted to have them stop and let me make naked love to this handless, faceless man.
Flesh and Blood:
Organic and Natural.
Nutritious and Delicious.

Here is a link to the original thread when this first appeared online in 2016. We were one of the first sites to post it.

Thanks, Meatpie. I’d looked for this but never found.it. I like reading the original comments.
Flesh and Blood:
Organic and Natural.
Nutritious and Delicious.

Man Falls Under Train in Pakistan

Young Man gets Shot in the Head from Close Range

God! That’s beautiful. I wanna put my mouth to his and drink. Then suck out his eyeball.

Just for the record the above video is from 2015 although it has been spreading a lot in recent days.

Azov deny any connection with the video and said they never tortured or crucified anyone.
m/ ^_^ m/ "The goal of all life is death" - Sigmund Freud
​

Meatpie said:
Just for the record the above video is from 2015 although it has been spreading a lot in recent days.

Azov deny any connection with the video and said they never tortured or crucified anyone.
Click to expand...

Yes, we have to be careful. I also saw a lot of material from the 2014 Ukrainian war these days, and many sites even put it as if it happened recently
- All men must die -