At least seven people have been killed after part of a cliff collapsed onto leisure boats on a Brazilian lake.

Another three are missing and 32 injured following the accident in the south-east of the country.

Video circulating online shows the moment the rock detaches from the cliff face as onlookers try to yell warnings to the boats beneath.
At least one of the boats appears to have sunk, while others managed to escape.

The collapse at 11:00 local time (14:00 GMT) followed days of rain in Minas Gerais state, which had made the cliffs more susceptible to collapse, local fire officials told reporters.

"That piece will fall out," a woman can be heard saying in a video of the accident. "Get out of there," warns another, before the cliff collapses onto the boats.

Three vessels were hit by falling rock, Lieutenant Pedro Aihara told reporters. Out of the 32 injured, nine people were in hospital.
Divers and helicopters are searching the water for any more survivors.

Twenty people were initially reported missing, but Lt Aihara said most were accounted for after checking hospital lists
m/ ^_^ m/ "The goal of all life is death" - Sigmund Freud
​

If the bathroom needs cleaning, my tongue is ready.
Flesh and Blood:
Organic and Natural.
Nutritious and Delicious.

callmecaleb said:
If the bathroom needs cleaning, my tongue is ready.
Click to expand... 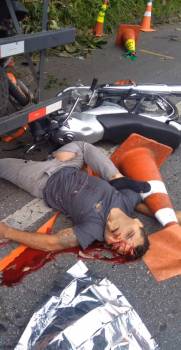 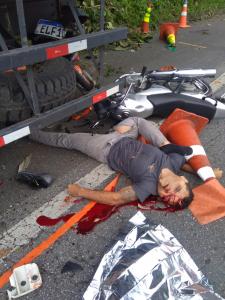 On December 18, 2021, around 10:45 a.m., officers responded to a radio call for a domestic violence suspect at an apartment complex in the 2200 block of Wall Street. While the officers were at the location, the suspect, later identified as 34-year-old Rosendo Olivio Jr., approached the officers armed with a folding knife in one hand and a butane torch lighter in the other. Olivio was yelling profanities and threatening to burn down the apartment building. Olivio was ordered to drop the knife; however, he ignored the officer’s commands and continued to approach them while still holding the knife, resulting in an officer-involved shooting. Olivio was struck by gunfire and fell to the ground. Los Angeles Fire Department personnel pronounced Olivio deceased at the scene. The knife Olivio was armed with a knife was recovered at the scene. No officers were injured during the incident.
m/ ^_^ m/ "The goal of all life is death" - Sigmund Freud
​

Love the skull shots, with brains and blood pouring out. So appetizing!

Pedestrian Ragdolled by Car in Russia

On September 23, 2016, a mass shooting occurred at Cascade Mall in Burlington, Washington, U.S. Five people were killed in the incident. The gunman was identified as Arcan Cetin, a 20-year-old who emigrated from Turkey as a child with his family.] He was arrested the following day in Oak Harbor, Washington, his hometown. On September 26, he confessed to committing the shooting. On April 16, 2017, Cetin committed suicide by hanging himself in his jail cell. 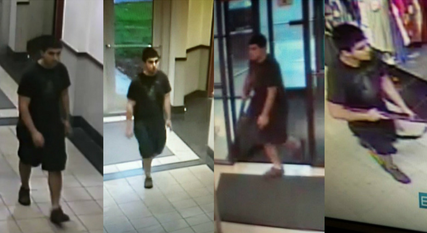 en.wikipedia.org
m/ ^_^ m/ "The goal of all life is death" - Sigmund Freud
​
You must log in or register to reply here.