That guy didn't have a chance to servive

Athletic Young Worker Gets Zapped by Live Wire in Brazil

Young Man Crushed by own Car During Drift Competition in Iran


Two men died in a boating accident during 2016 Potomac River Radar Run in Fairview Beach, Va. The longtime shootout participants were running their Skater Powerboats 36-foot catamaran down the course when the accident occurred, at speeds of 140mph according to witnesses.

In the middle of their second attempt down along the Potomac River, their 36-foot cat flipped a couple of times and both participants were ejected. According to reports from several people on scene, rescue personnel attempted CPR on both Tagge and Melley to no avail.

They had recorded a 170-mph run earlier in the day, which was reportedly the top speed in the annual event so far.
m/ ^_^ m/ "The goal of all life is death" - Sigmund Freud
​

Young Motorcyclist Run over by a Truck

Oblivious Motorcyclist Run over by Train 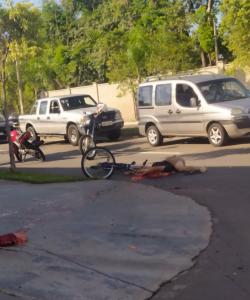 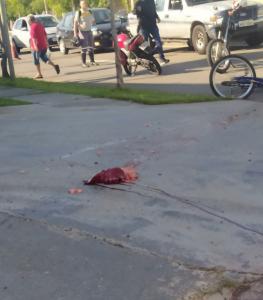 Very beautiful and one of the best outright kills I've seen in a long time.
m/ ^_^ m/ "The goal of all life is death" - Sigmund Freud
​

Overkill of Gorgeous Model in Brazil

One shot to explode his head, then another into his back to push the remains into the ditch.