Ukrainian actor Pasha Lee has sadly passed away. According to reports, he was tragically killed while defending his home country from the Russian army.

Lee, who served in Ukraine’s territorial defense unit, began his career as an actor, TV host and a composer. He was 33. It was reported that the late actor was killed in action on 6th March (Sunday) from a Russian shelling in Irpin.

Park No Ja, a professor at Oslo University, announced on his Facebook page earlier on 7th March (Monday), “Ukraine-born ethnic Korean actor Pasha Lee died during a battle with the Russian army in Irpin.” Several media outlets across the globe also reported on Lee’s death, confirming his untimely passing.

Following the reports of Lee’s tragic passing, fans have shifted their focus to his final Instagram update. His last photo, tagged in Irpen three days ago, was captioned, “For the last 48 hours, there is an opportunity to sit down and take a picture of how we are being bombed, and we are smiling, because we will manage.”

Born in Crimea, Lee was perhaps best known for his voice dubbing work in Lion King and the Hobbit. He was also the main MC of the entertainment programme, “Day At Home”. According to Daily Star, the TV show just kicked off its new season on 31st January.

Our prayers and condolences go to the family members of the deceased. Rest in peace. :'( 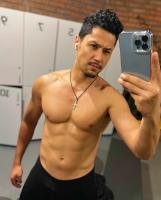 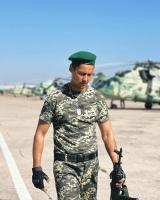 A real hero, not just a pretend hero.
You must log in or register to reply here.

Model-actor Godfrey Gao, 35, has died after collapsing while filming a variety show