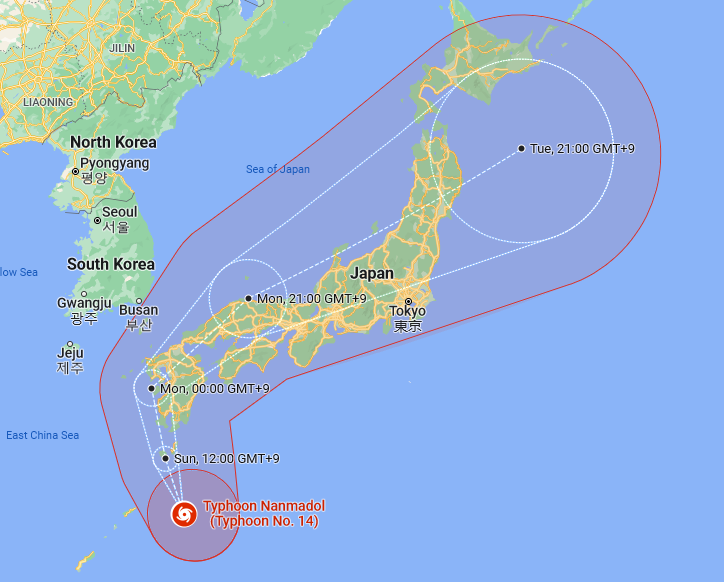 Hundreds of thousands of people in Japan have been urged to evacuate their homes amid warnings of "unprecedented" risks from an approaching storm.
Typhoon Nanmadol is expected to make landfall on Kyushu island on Sunday.
Winds could reach 270km/h (168mph) and some areas could experience 500mm (20 inches) of rainfall in just 24 hours.
A "special alert" is in force for Kyushu, with warnings of landslides and flooding. Train services and flights have been cancelled.
Kyushu is the southernmost of the four islands that make up the main body of Japan and has a population of over 13 million people.
This is the first special alert ever issued outside the Okinawa Prefecture, which consists of the smaller, remote islands in the East China Sea, the Japan Times reports.

Once the typhoon makes landfall, it is expected to turn north-east and move up through central Japan towards Tokyo.
It is also expected to maintain much of its strength even after making landfall.
An official from Japan's meteorological agency told reporters on Saturday: "There are risks of unprecedented storms, high waves, storm surges, and record rainfall."
Nanmadol, the official added, had the potential to be worse than both Typhoon Jebi in 2018, which left 14 people dead, and Typhoon Hagibis, which caused widespread power cuts in 2019.
The agency also warned that some homes, particularly in southern Kyushu, would be at risk of collapse, and urged residents to seek refuge in sturdy buildings. 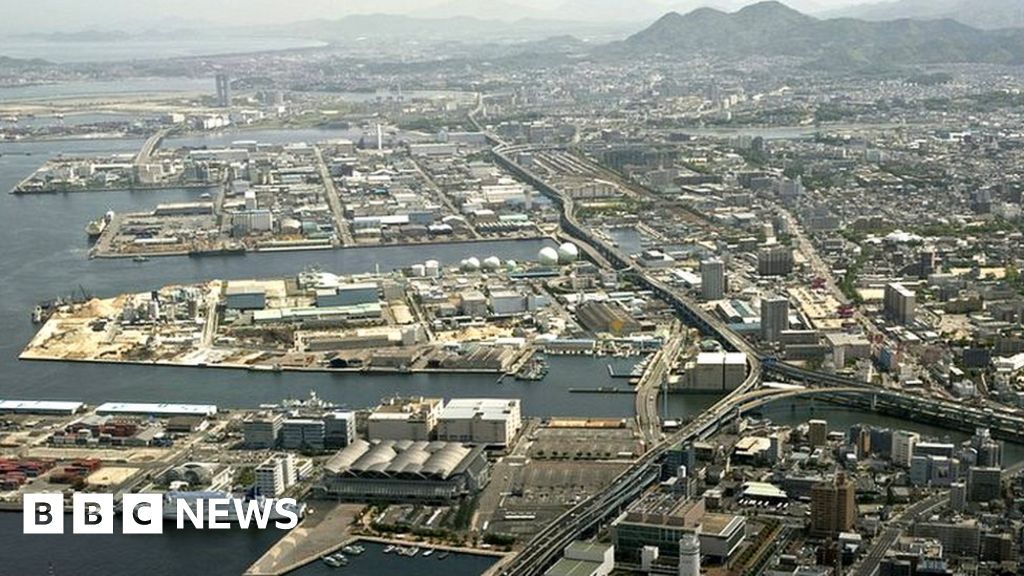 Hundreds of thousands of people are urged to evacuate their homes ahead of Typhoon Nanmadol.
www.bbc.com
m/ ^_^ m/ "The goal of all life is death" - Sigmund Freud
​
You must log in or register to reply here.