The Dancing Queen - of Britain

No, not Lizzie the Queen, aka Her Majesty Queen Elisabeth II - One does not dance (at least not on stage, and not as badly as this!).

Theresa May - the first Tory Prime Minister (or indeed senior politician of any party, so far as I can remember) to combine her Annual Conference speech with her Strictly audition*.


* For non-Brits (lucky you) Strictly, or Strictly Come Dancing to give it it's full name, is a competitive TV dancing competition which has become a national obsession for reasons which I must confess escape me.

Poor Theresa probably regretted her actions almost immediately. Perhaps the standing ovation had disoriented her. She must be pretty well liked to have been received thus. The audience was surely under no pressure to stand up, so I assume it was, for most of those who rose, a sincere gesture.
"I'll hit you so hard your ancestors will die."
.....Harlan Ellison

Um, not exactly. The audience were under intense pressure to stand up (well, those that were still loyal to her anyway), and if there hadn't been a standing ovation she would have been toast. As it was, her ovation was more or less the polite minimum and singularly less than Boris Johnson got at a so-called 'fringe' meting the day before which he spent attacking her over Brexit.
Basically she was in the Last Chance Saloon after last year's disaster which was magnificently total - after she'd called a totally unnecessary election and thrown away her majority, first a prankster gave her a notice of dismissal on stage, then she completely lost her voice, then just as everyone was thinking the writing was on the wall for her - no it wasn't, even that was falling behind her as she struggled on. For those who missed it at the time:
https://www.youtube.com/watch?v=kypGOTDoiLI

I watched the youtube video you provided, deaddirty, and I don't know enough about her and the situation in the UK to feel anything but pity for her, though I suppose no matter what happens she'll be just fine. I imagine she is a wealthy woman who will enjoy her retirement.

Another issue which this video highlights is the GRAVE DANGER inherent in giving a lozenge to a person who's in the midst of a coughing spell. The cougher is quite likely to inhale the lozenge during one of the gasps that come between coughs! :|
"I'll hit you so hard your ancestors will die."
.....Harlan Ellison

Madame May has been generously described as the worst prime minister since Lord North. In the referendum despite calling herself pro European she provided minimum support to Cameron. She then ensured she succeeded him by promising everything to everyone. To protect her position she gave notice under article 50 prematurely and before parameters were set thus virtually guaranteeing that there would not be sufficient time for proper negotiations. Certain of her own popularity over the odious Corbyn, leader of the official opposition, she then called an election which resulted in her losing her majority. She then offered the sectarian ulster democratic unionist party, a party who oppose abortion and gay marriage amongst other things, a billion pound bribe to keep her in office.
It is easy to see her as a joke but the damage she can do and has done isn’t amusing and I get the impression that her position matters more to her than the welfare of the country.
Now I accept that as a remainer I was never likely to support her but even so I find her totally self centred and incompetent. And the same goes for Corbyn. My personal support goes to the Liberal Democrat’s but even I have to accept that Vince Cable’s best days are behind him and the parties chances of power are less than nil, unfortunately.
It is said we get the government we deserve. The United Kingdom must have been pretty evil. God help us.
Awaiting the sensation of a short sharp shock
From a cheap and chippy chopper on a big black block.

Well said Lindier, though personally I'm a lot more sympathetic to Corbyn than you are.

Alex, you have rescued me from a grave thought-error. Until now I have thought "Thank God it was Hammond who stepped up, because if it had been any of her other Cabinet ministers it would have been a poison pill". But it was, sort of!

Has Ms. May gotten along well with Mr. Trump since he moved into the White House? If she's chummy with him, then I would say her goose is probably cooked.
"I'll hit you so hard your ancestors will die."
.....Harlan Ellison

Well he held her hand when she visited the White House so I guess she's lucky he didn't grab something else, at least in public.

deaddirty said:
she's lucky he didn't grab something else
Click to expand...

OMG...you're right!
"I'll hit you so hard your ancestors will die."
.....Harlan Ellison

And he's lucky he didn't try it on with the real Queen. In a little-noticed preparation for the much-postponed Trump State Visit, Buckingham Palace has announced that in all future meetings with the President of the United States the Queen will be escorted by the Beefeaters. 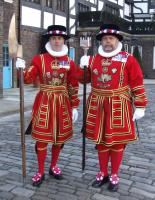 Ostensibly this is a great honour, but in reality it is a very wise security precaution - for the Beefeaters are not just a colourful piece of flummery, they are ex-military personnel, those axes are sharp, and they are trained in the Ancient Ritual Of The Chop Chop Chop.
For those not familiar with this colourful event, it can be initiated at any time when the Beefeaters are in attendance on Her Majesty by the Queen making the ceremonial call of "Avaunt, Pussygrabber!". On this call, the Groom of the Bedchamber immediately inserts the Hook of State into the offender's trousers and pulls them down to expose the genitals, the Beefeaters immediately snap into action and:
CHOP - The offender's toadstool is sliced off with one blow of the axe, barbequed in front of his face, and fed to the Royal Corgis.
CHOP - The balls are sliced off with one blow and (also in front of the offender's face) lightly poached in a white wine and cream sauce and served to Her Majesty who savours them at her leisure.
CHOP - The offender's head is sliced off with one blow and with a deft flick of the axe delivered straight into the lap of Prince Philip who does things with it you don't even want to think about. Well being CDG members you probably do, so this may give a clue 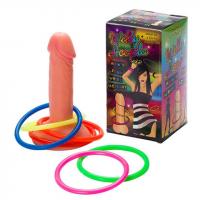 which comes in handy since at 97 he is shall we say not as long and hard as he used to be.
Meanwhile the rest of the offender's corpse is spit-roasted on an open fireplace and served to the Beefeaters who consume it singing Rule Britannia accompanied by a 21-gun salute and copious draughts of ale, while Jacob Rees-Mogg (the MP for the Eighteenth Century) ceremonially repeals the Act of American Secession.

And there is much rejoicing throughout the land.

That was an EXCELLENT rendition of the Sailor's Hornpipe! It was obvious the Queen could only barely restrain herself from breaking into an undignified jig. In your description of what would happen after Elizabeth cried out "Avaunt, Pussygrabber!", I think you must be mistaken to suggest she would eat President Trump's balls, no matter how expertly they were prepared. Elizabeth has far to much class for that.
"I'll hit you so hard your ancestors will die."
.....Harlan Ellison

That is the prescribed formal procedure. Of course it is always possible that in practice she would savour the sauce but discretely secrete the balls in a napkin for Princess Anne who would have no such scruples - or pass them to Harry to stuff into Trump's mouth. Until it actually happens we can but speculate.