A man has died and thousands of people have been told to evacuate their homes amid torrential rain and flash flooding in Australia's largest city, Sydney.

Roads have been cut off, with 18 evacuation orders in western Sydney alone and warnings of more to come.
"This is a life-threatening emergency situation," Stephanie Cooke, emergency services minister for the state of New South Wales, said.
The area was hit by flash flooding in March, killing 20 people.
"We are now facing dangers on multiple fronts - flash flooding, riverine flooding and coastal erosion," Ms Cooke told a media briefing.
Her warning came as the Bureau of Meteorology said up to 350mm of rain had hit certain areas, risking flooding along the Nepean River.

Sydney's main dam had also started to spill overnight - a further concern for the authorities.
Ms Cooke said this was a "rapidly evolving situation" and warned that people should be "prepared to evacuate at short notice". 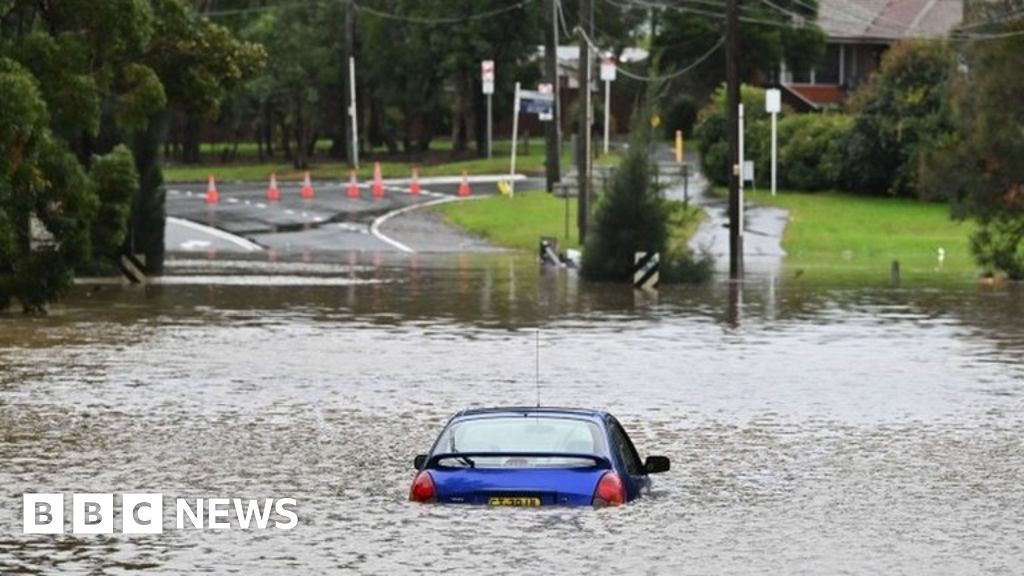 Downpours and floods cause mass evacuations and at least one death in Australia's largest city.
www.bbc.com
m/ ^_^ m/ "The goal of all life is death" - Sigmund Freud
​
You must log in or register to reply here.