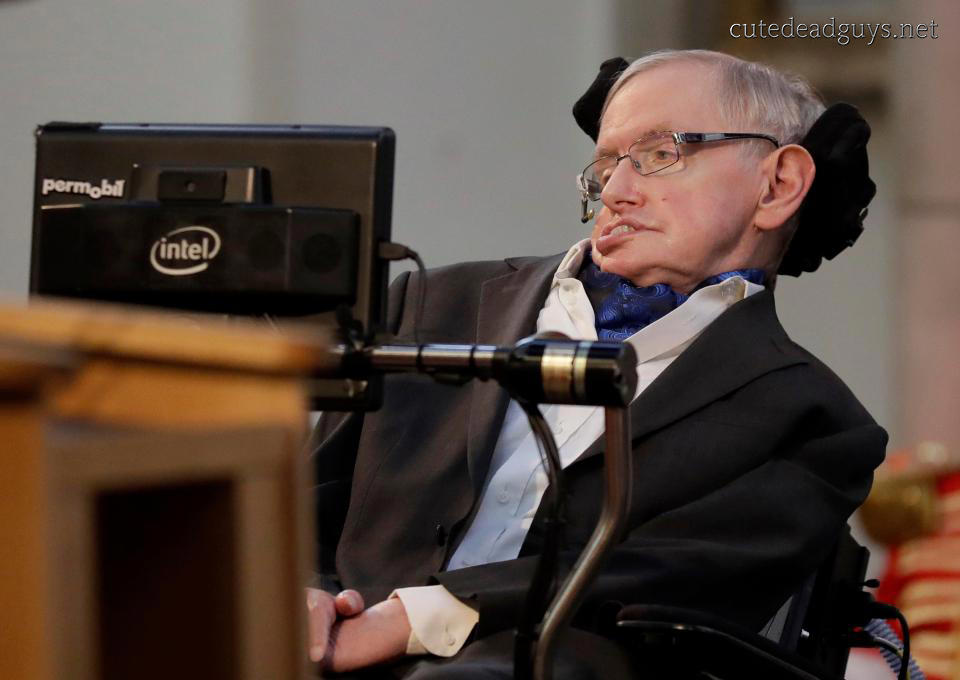 Stephen Hawking has warned that the human race will perish on Earth after we turn it into a sizzling fireball in less than 600 years. He declared that humans must "boldly go where no one has gone before" if we fancy continuing our species for another million years.

Making a video appearance at the Tencent WE Summit in Beijing on Sunday, Hawking appealed to investors to back his plans to travel to the closest star outside of our solar system, with the hope that a livable planet might be orbiting it.

Alpha Centauri is one of the closest star systems at four light-years away.

Scientists believe it may have exo-planets that could foster life, just like Earth.

Hawking is backing Breakthrough Starshot, a venture to reach this system within two decades using a tiny aircraft that could travel at the speed of light.

He said: "The idea behind this innovation is to have the nanocraft on the light beam.

"Such a system could reach Mars in less than an hour, or reach Pluto in days, pass Voyager in under a week and reach Alpha Centauri in just over 20 years."

If sucessful, a generation may be able to see the probe reach the star.

He said: "Maybe if all goes well, sometime a little after the middle of the century, we'll have our first picture of another planet that may be life-bearing orbiting the nearest star.

Do you believe humans will ever be able to move to another planet?
m/ ^_^ m/ "The goal of all life is death" - Sigmund Freud
​

I agree 100%. After all, he is Stephen fucking Hawking.
I believe that these human odysses will begin when we can get nuclear fusion energy and relate to electromagnetism (just as energy and matter in E = MC² was related), because what is not lacking in the universe is hydrogen.

And yet I doubt that we will reach that level, as long as we have so much inequality and hatred in this world, we will not move one foot in this universe. For if this happens even then, the richest and most powerful will leave this planet and let the poor and humble die slowly here. (and if these poor people left, they would start a war too bizarre to imagine...)

I could be a screenwriter
[SIGPIC][/SIGPIC]​

Humans will most likely never be able to go beyond the solar system because of the vast distances in space and the energy required for space travel is impossible to imagine.

Climate change is serious threat to our existence more should be done by all nations.
m/ ^_^ m/ "The goal of all life is death" - Sigmund Freud
​

If we could turn 100% of matter into energy (in this case, "captured" hydrogen while the spacecraft makes its way) and take advantage of 100% of that energy we could at least visit relatively close exoplanets. Disregarding the problem of journeys close to that of light as the mass increases, time passes more slowly to the "traveler" etc.

And disregarding other types of engines that are currently in research.

If there's anyone here who agrees with uncle Trump I'd love to know why...
[SIGPIC][/SIGPIC]​

Moving at a speed close to the speed of light and encountering even a tiny stationary object like a grain of sand will have fatal consequences and destroy everything it makes contact with. For example, a gram of matter moving at 90% of the speed of light contains a kinetic energy corresponding to a small nuclear bomb (around 30kt TNT).

Also energy to fuel aircraft is impossible to achieve.

Accelerating one ton to one-tenth of the speed of light requires at least 450 petajoules or 4.50×10[SUP]17[/SUP] joules or 125 terawatt-hours (world energy consumption in 2008 was 143,851 terawatt-hours) without factoring in efficiency of the propulsion mechanism. This energy has to be generated on-board from stored fuel, harvested from the interstellar medium, or projected over immense distances.

I believe there are other forms of life in the universe but due to these limitations above we cannot make contact and everyone is stuck in their own little corner of the universe without hope of ever visiting another civilization.

Ontop of it all galaxies are speeding away from us and eventually they will go beyond the horizon of the observable universe so we will only be able to see our own galaxy and solar system. Redshift will stretch ancient, incoming photons (even gamma rays) to undetectably long wavelengths and low energies.

BTW check out this wikipedia page it's my favourite:

https://en.wikipedia.org/wiki/Timeline_of_the_far_future
m/ ^_^ m/ "The goal of all life is death" - Sigmund Freud
​

Human population continues to grow and there are not enough resources on Earth for everyone so countries continue to burn fossil fuels to prevent societal collapse. Climate change and environmental degradation will lead to even more inequality among nations.

I strongly believe both Brexit and the election of Donald Trump are result of these issues as populations in both countries feel threatened by influx of migrants and try to seal themselves off from the rest of the world.

In the years to come more and more counties will look like Raqqa. 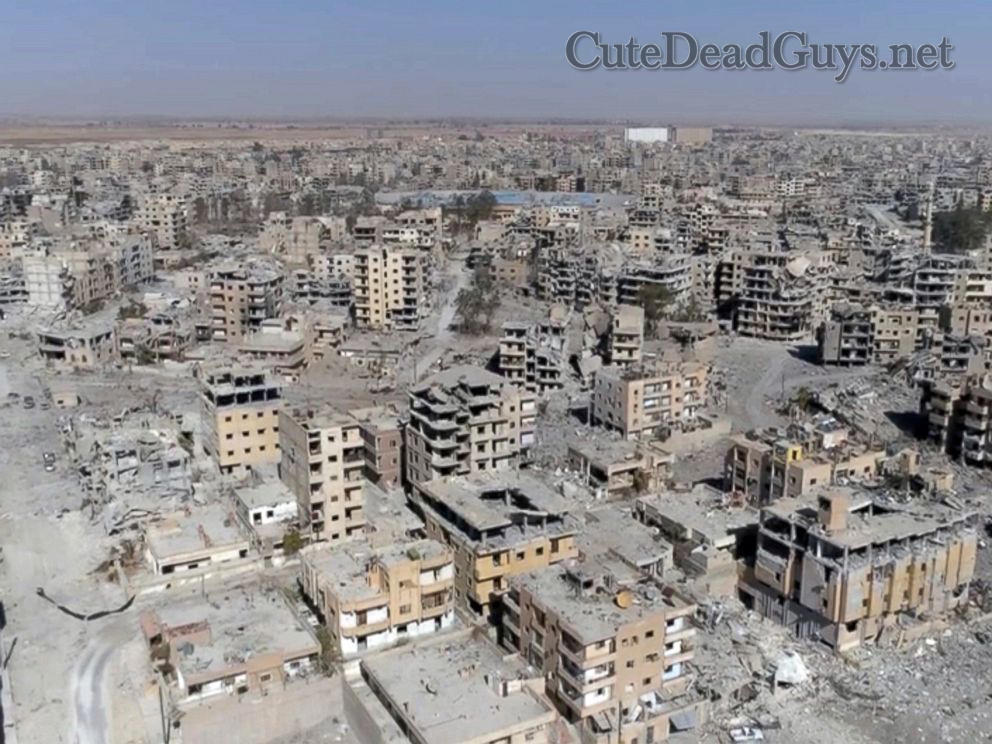 An article posted in the Guardian today claims the war in Syria started after drought caused by climate changed which lead to societal collapse and war.

https://www.theguardian.com/science...ferent-look-at-the-archeological-record#img-1
m/ ^_^ m/ "The goal of all life is death" - Sigmund Freud
​

But I'm talking about the future, when those problems are already solved - and if we have not been extinct...

If we say that all this is impossible then there will be no technological innovations and revolutions. Various types of engines and means of locomotion are still only in research. We still do not know what dark matter and energy are. What if we could use them? What if the wormhole theory is right? We can not even take advantage of the absurd solar energy that we have received yet.
Fifteen thousand years ago we were nomads and now look at us exponentially increasing the power of processors every year. And we have not even reached the atomic manipulation phase for data storage yet (which seems to be close to being ready).

In my case I am very optimistic and hopeful, because I refuse to accept the fact that the universe ends in the complete dark and solitary, I even avoid thinking about it. I hope there is a more romantic reason for our existence and not an unsolvable melancholic theory (which is what keeps me from dropping everything and picking up a pen and paper and trying to solve all the problems on the planet). My dream was to be a respected physicist theorist when I first saw the Cosmos series with Carl Sagan, but I opted for the biological area which seems to me a great potential closer to my life span and for maintaining my sanity.

And this wikipedia page is very very cool.
[SIGPIC][/SIGPIC]​

And if the population continues to grow the only solution would be a stricter birth rate policy in every nation. In addition to policies that invest in civilization and access to information, for what I realize in graphics is the fall in birth rate in developed countries even being negative Rate of Natural Increase like Japan and Russia.

And, of course, a reform of the global political structure that does not affect the capitalist sectors would be essential (it is left to the philosophers and sociologists of the world).
I think these possible solutions will come when we realize that shit is getting too big. For now, we just have to watch the US feed this shit, and witness more and more wars.

Sooner or later, the world will really come to an end.

Everything humanity has built will surely fall and no one will be left to remember.

Extinction is surely coming our way...we are just simply delaying it.

Surely they will fall together too...

The only question uncertain to us all is 'when?'.

That's what I believe anyway...

Some scientist will discover the means of moving things (including us) from Earth to another point a billion light-years away instantaneously. We won't have to take a space ship. We will just disappear and reappear somewhere else, like they do on Star Trek. That, and EVERYTHING else, will eventually be invented.
"I'll hit you so hard your ancestors will die."
.....Harlan Ellison

alexonedeath said:
Some scientist will discover the means of moving things (including us) from Earth to another point a billion light-years away instantaneously. We won't have to take a space ship. We will just disappear and reappear somewhere else, like they do on Star Trek. That, and EVERYTHING else, will eventually be invented.
Click to expand...

That! That's what I'm talking about!

And I expressed myself wrong above, when I said that I refuse to accept that the universe will end I wanted to say that I can not stand the human race or any other intelligent race to end.
If in the future we can (if possible) open a wormhole and get through it unharmed it would be certain that there are parallel universes. And when this our beloved universe comes to an end, all that is left is to leave the ship.
[SIGPIC][/SIGPIC]​

alexonedeath said:
Some scientist will discover the means of moving things (including us) from Earth to another point a billion light-years away instantaneously. We won't have to take a space ship. We will just disappear and reappear somewhere else, like they do on Star Trek. That, and EVERYTHING else, will eventually be invented.
Click to expand...

that would be defying the laws of physics in its strictest and simplest sense!!

His explanation was superficial, but, having the fabric space-time as a reference, for those in it would literally disappear at one point and appear in another if a wormhole were used.
No equation affirms this, but neither does it rule out this possibility.
[SIGPIC][/SIGPIC]​

In quantum gravity space is emergent as explained by Lee Smolin in this interview below:

If we just eliminate all Humans the planet with do just fine! Simple examples can be found around Chernobyl, where nature is rapidly reclaiming the heavily contaminated area now deemed unsuitable for human inhabitation. George Carlin once said: "The planet is doing just fine, its inhabitants are fucked! And Fucking out of luck!" There will be other mass extinctions, but if humans are eliminated Planet Earth will recover in something like 40,000 years! A virtual blink of an eye in geological time!
https://www.youtube.com/watch?v=-hnD0Z-3jkE
Ashes to Ashes, Dust to Dust

Don't forget that humans are part of nature too. We are one of the life forms on this planet, and we should have the freedom to do what our species does.
"I'll hit you so hard your ancestors will die."
.....Harlan Ellison

alexonedeath said:
Don't forget that humans are part of nature too. We are one of the life forms on this planet, and we should have the freedom to do what our species does.
Click to expand...

yes i agree with you...provided we humans must eliminate the detrimental actions we do to exploit nature, and in effect work as one with nature and not against nature.

in the first place, human nature caused the different man-made phenomena that's slowly but surely assuring the extinction of the planet.