Russia has endured its worst forest fire season in the country’s modern history, according to recent data from the Russian Forestry Agency analysed by Greenpeace.

Fires have destroyed more than 18.16m hectares of Russian forest in 2021, setting an absolute record since the country began monitoring forest fires using satellites in 2001. The previous record was set in 2012, when fires covered 18.11m hectares of forest.

The record was surpassed late last week after a long fire season that has also produced unprecedented levels of global wildfire emissions and upturned daily life for hundreds of thousands of people living in Siberia and elsewhere in central Russia.

“For the past several years, when the area of the fires has surpassed 15m hectares, it has become, in all likelihood, the new normal in the conditions of the new climate reality,” Greenpeace Russia wrote.

Analysis shows over 18.16m hectares were destroyed in 2021, an absolute record since satellite monitoring began 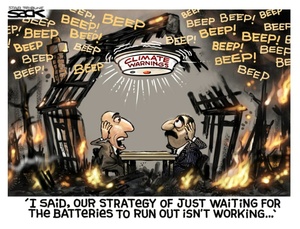