Removing Body Parts From a Body

It has been illegal in the United States, but funeral parlors and crematoriums in the U.S. have often removed and sold body parts from healthy looking males and females.

Decades ago, I was offered a job at Coastal Crematorium in California, which wa cremating over 8,000 bodies a year. I met with them and turned the job down after spending a few days observing the operation.

Later on they were closed down and the owners sent to prison.

The external genitalia of attractive females were cut out in one piece to be sold to medical schools and medical anatomy supply companies. For amusement on a shelf they has small jars filled with preservative and cored out female nipples. 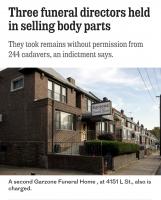 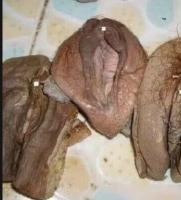 Selling cleaned skulls was their specialty. 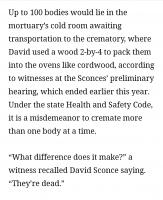 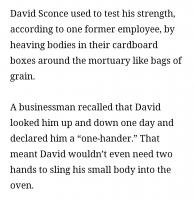 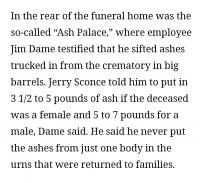 The Cannibal Hunters - The Taylors a family with influence.

Seymour (Adaptation of a Little Shop of Horrors)

Cartel Body Parts in a Pile