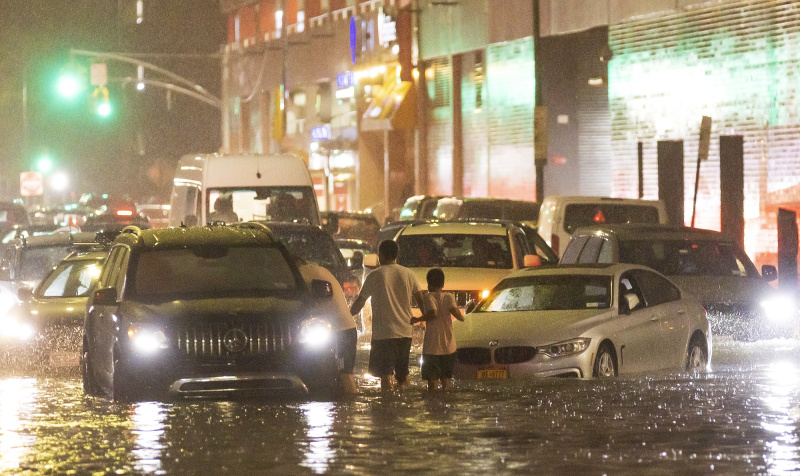 Cars were stuck on a street flooded by heavy rain in Queens.

More than 20 people have been killed in New York and the wider US north-east as the remnants of Hurricane Ida brought unexpected levels of heavy rain and flooding.

The deaths and damage spanned huge areas in New York, New Jersey, Pennsylvania, Connecticut and Maryland. Officials blamed many of the fatalities on basement apartments becoming filled with water.

The ferocious storm, downgraded from the hurricane that hit Louisiana in the south of the US earlier in the week, also spawned tornadoes, including one that ripped apart homes and toppled silos in Mullica Hill, New Jersey, south of Philadelphia. 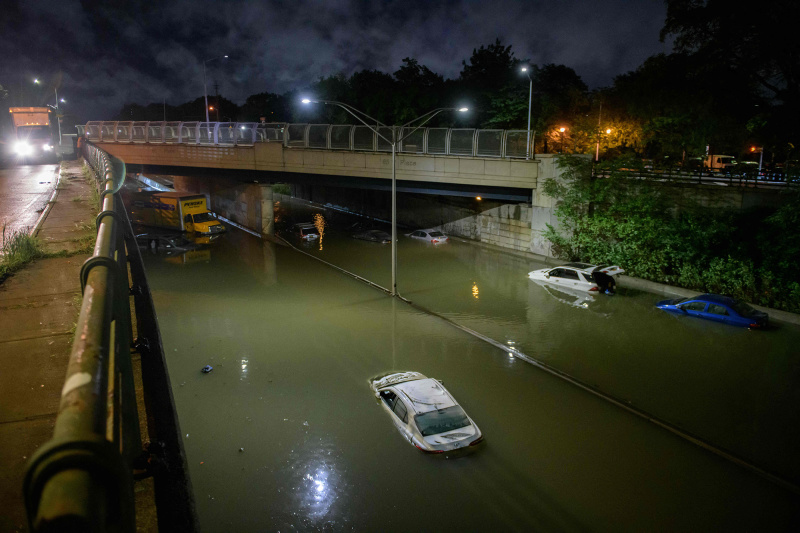 Floodwater surrounds vehicles on the BQE in Brooklyn following the heavy rain.

Videos shared on social media showed subway platforms in Manhattan and Brooklyn submerged with flood water and cars in the city struggling to pass flooded streets.

At least 22 people have been killed, according to the Associated Press. Reports included:

Rescuers were searching for more stranded people and braced for potentially finding more bodies. In Connecticut, an on-duty state trooper and his cruiser were swept away in flood waters on Thursday morning in Woodbury, and the trooper was taken to a hospital, state police and local authorities said.

The deaths in New York city included a 50-year-old man, a 48-year-old woman and a two-year-old boy who were found unconscious and unresponsive late Wednesday inside a home.

“We’re enduring an historic weather event tonight with record breaking rain across the city, brutal flooding and dangerous conditions on our roads,” said the mayor, Bill de Blasio, while declaring a state of emergency in New York City late Wednesday.

The mayor’s warning came as the National Weather Service (NWS) office in New York issued its first set of flash flood emergencies in the region on Wednesday night, alerts only sent in the most dangerous conditions.
m/ ^_^ m/ "The goal of all life is death" - Sigmund Freud
​

The number of victims has risen to 48.

US President Joe Biden says "historic investment" is needed to deal with the climate crisis, as the north-east reels from flash flooding and tornadoes.

The US is facing climate-related destruction across the country and tackling it is "a matter of life and death", the president said. 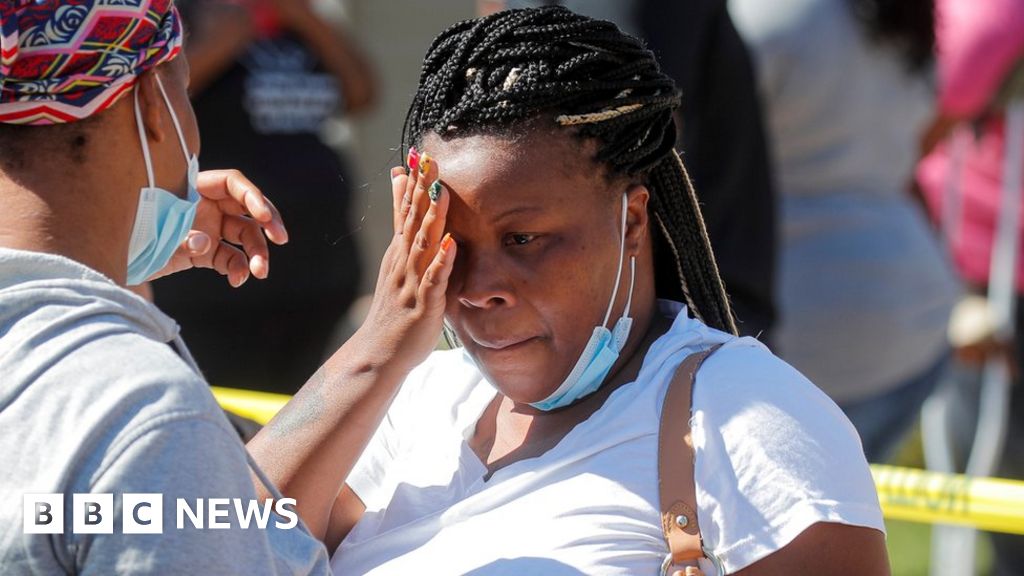 President Biden calls for "historic investment" to tackle the climate crisis as the US reels from the storm.
www.bbc.com
m/ ^_^ m/ "The goal of all life is death" - Sigmund Freud
​
You must log in or register to reply here.