The cabin is seen nearing its final stop, before suddenly rearing up, then speeding back down the mountain and crashing to the ground.
The prosecutor in the case spoke of "the absolute inappropriateness" of publishing the footage.

The head of Rai TV said he was "deeply shocked" by the decision to show it.

Only one person, a five-year-old Israeli boy, survived when the main cable holding the car snapped on 23 May.
Prosecutors say the emergency brake, which could have prevented the accident, had been intentionally disabled. The car reversed at over 100km/h (62mph) on a support cable, passing a support pylon and then plummeting to the ground and rolling down the mountain. 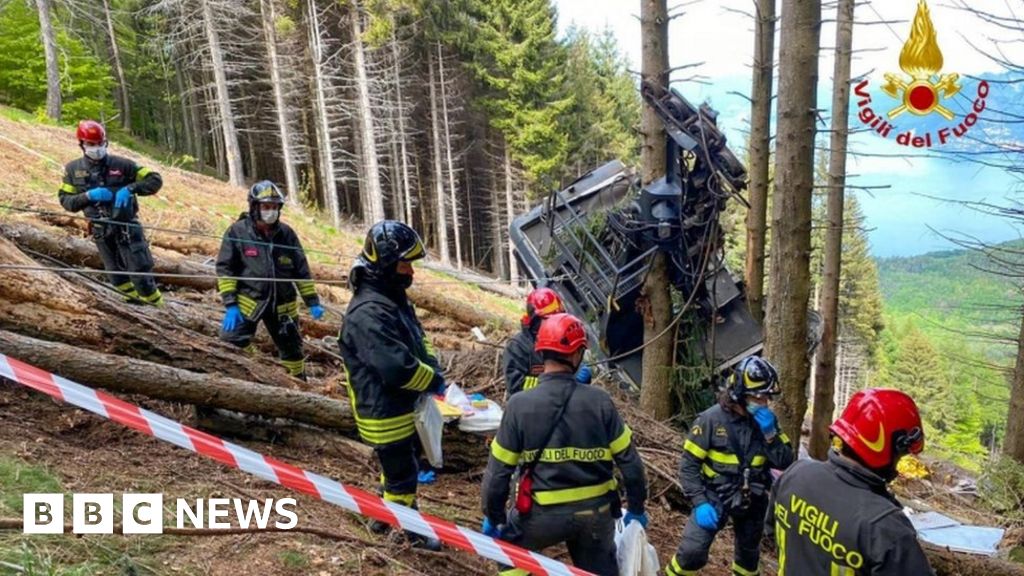 Italy cable car: Outrage as video of the crash shown on TV

Italy's public broadcaster shows the footage of last month's cable car crash that killed 14 people.
www.bbc.com
m/ ^_^ m/ "The goal of all life is death" - Sigmund Freud
​
You must log in or register to reply here.

Eight Bikers Run over by Driver High on Drugs in Italy - all Victims Croak, 4 Injured