Over 40 people have been killed and dozens more injured in forest fires that have devastated northern Algeria.

Kamel Beldjoud, the country's interior minister, said 24 people died in El Tarf, near the border with Tunisia, as well as a mother and daughter in Setif.

Local media said at least 200 others have suffered burns and respiratory problems.

Firefighters, supported by helicopters, were still trying to contain several blazes on Thursday morning.
The names of the mother, 58, and her 36-year-old daughter who died in Setif have not yet been released, but officials there said flames had reached dozens of homes and villages.

Officials said that some 39 fires were ravaging various parts of northern Algeria, and they warned that hot winds could spread the flames further.

The civil protection agency said that the city of El Tarf was the worst hit area with 16 fires currently burning.
And reports say some 350 residents have been evacuated in several provinces.
Northern Algeria is affected by forest fires every year, with Mr Beldjoud noting that 106 fires have broken out in Algeria since August, destroying 800 hectares of forest and 1,800 hectares of woodlands.

Some 90 people are thought to have died in fires last year- and more than 100,000 hectares of woodland was burnt.
Last August, Mr Beldjoud blamed a spate of fires in Algeria's Kabyle region on arson, claiming "only criminal hands" could explain "the simultaneous outbreak of about 50 fires across several localities".
Thursday's toll brings the total number of Algerians killed in wildfires this summer up to 42.

The latest blazes come during a summer which has seen a number of countries in the Mediterranean region ravaged by wildfires - particularly in Europe, with France, Greece, Portugal, Spain and Italy all affected. 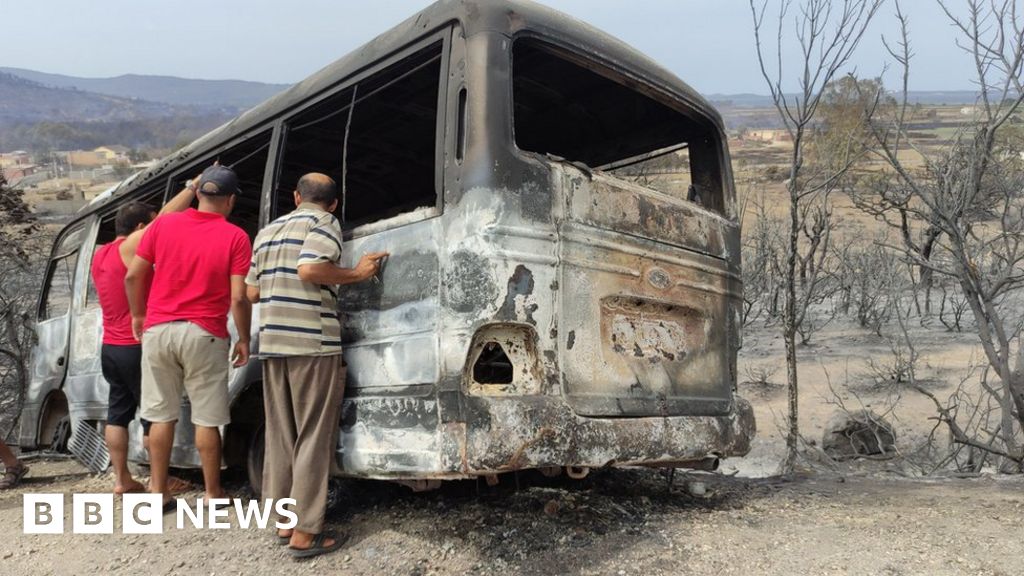 Countries on the Mediterranean have been ravaged by wildfires this summer, especially in Europe.
www.bbc.com
m/ ^_^ m/ "The goal of all life is death" - Sigmund Freud
​
You must log in or register to reply here.

At Least 65 People Killed as Forest Fires Spread in Algeria