Microplastics in the sea a growing threat to human health, United Nations warns 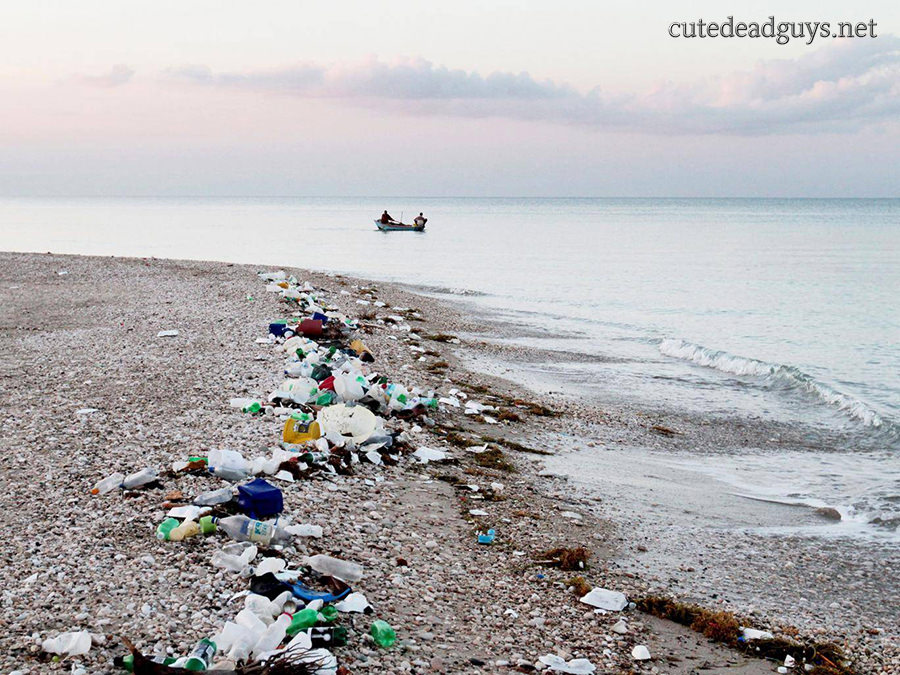 Millions of tons of tiny debris from plastic bags, bottles and clothes in the world’s oceans present a serious threat to human health and marine ecosystems.
This is the stark warning issued by the United Nations in a report on the most dangerous environmental problems facing the world today.
Global plastic production has increased dramatically in recent years. Between 2004 and 2014, the amount of plastic produced rose by 38 per cent, the report said.

And poor waste disposal means when we have finished with our takeaway containers, cigarette butts and party balloons, they are worn down into trillions of ever-smaller particles by the waves.

There is a growing presence of these microplastics, particles of under 5mm in length, in the world’s oceans.
In 2010, between 4.8 million and 12.7 million tons of plastic was washed into the seas and has since shown up in the stomachs of whales, plankton and other marine life.

“There is some evidence that microplastics can cause harm [to organisms],” Richard Thompson, professor of marine biology at Plymouth University, told The Independent.
Dr Thompson said that in laboratory experiments, replacing one per cent of the sediment in a worm tank with plastic had a negative effect on the worms' ability to store energy.

"If we carry on with business as usual – it’s not uncomparable – then we are going to reach those thresholds," he said, adding that there may be places in the world's oceans that have not yet been discovered where microplastics are particularly concentrated.
More than a quarter of all fish now contain plastic, according to a recent study which analysed the guts of fish sold at markets in Indonesia and California.

The United Nations Environment Project report will be presented at the UN Environment Assembly in Nairobi, which starts on Monday.

Scientists fear that chemicals in plastics and also chemicals which attach themselves to plastic in the natural environment could cause poisoning, infertility and genetic disruption in marine life, and potentially in humans if ingested in high quantities.

"The presence of microplastic in foodstuffs could potentially increase direct exposure of plastic-associated chemicals to humans and may present an attributable risk to human health," the UN report, called Frontiers, said.
People could even be breathing in plastic microparticles suspended in the air, with the risk of a noxious effect on the lungs similar to car fumes. 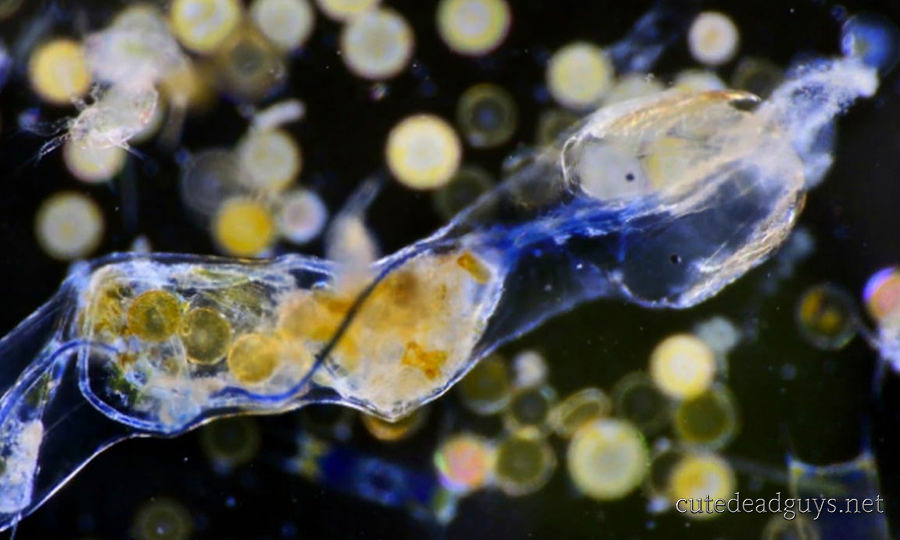 This microscopic arrow worm has eaten a blue plastic fibre that is blocking the passage of food along its gut.

Animals from the deepest places on Earth have been found with plastic in their stomachs, confirming fears that manmade fibres have contaminated the most remote places on the planet.

The study, led by academics at Newcastle University, found animals from trenches across the Pacific Ocean were contaminated with fibres that probably originated from plastic bottles, packaging and synthetic clothes.

Dr Alan Jamieson, who led the study, said the findings were startling and proved that nowhere on the planet was free from plastics pollution.

“There is now no doubt that plastics pollution is so pervasive that nowhere – no matter how remote – is immune,” he said.
Evidence of the scale of plastic pollution has been growing in recent months. Earlier this year scientists found plastic in 83% of global tapwater samples, while other studies have found plastic in rock salt and fish.

Humans have produced an estimated 8.3bn tonnes of plastic since the 1950s and scientists said it risked near permanent contamination of the planet.

Jamieson said underlined the need for swift and meaningful action.

“These observations are the deepest possible record of microplastic occurrence and ingestion, indicating it is highly likely there are no marine ecosystems left that are not impacted by anthropogenic debris.”

He said it was “a very worrying find.”

“Isolating plastic fibres from inside animals from nearly 11 kilometres deep (seven miles) just shows the extent of the problem. Also, the number of areas we found this in, and the thousands of kilometre distances involved shows it is not just an isolated case, this is global.”

The study tested samples of crustaceans found in the ultra-deep trenches that span the entire Pacific Ocean – the Mariana, Japan, Izu-Bonin, Peru-Chile, New Hebrides and Kermadec trenches.
These range from seven to more than 10 kilometres deep, including the deepest point in the ocean, Challenger Deep in the Mariana Trench.

The team examined 90 individual animals and found ingestion of plastic ranged from 50% in the New Hebrides Trench to 100% at the bottom of the Mariana Trench.
The fragments identified include semi-synthetic cellulosic fibres, such as Rayon, Lyocell and Ramie, which are all microfibres used in products such as textiles, to plastic fibres that are likely to come from plastic bottles, fishing equipment or everyday packaging.

this is a problem that can hardly be solved. Only if large nations punish others for maritime pollution will they solve this problem.

But since the great nations are the most polluting, this will last for hundreds or perhaps thousands of years

Nation against nation. Hegelian Dialectic + Collective Mindset + Gatekeeping. No wonder people are still enslaved. The collective is positive when there is a confluence of desires and thoughts but can also go the other way with mob mentality.

I guess the mob has its uses, for instance, a social reset where the collective consciousness is hacked. Make that as you see fit.