A metro overpass has collapsed in Mexico City as a train was travelling over it, killing at least 23 people, including children, the mayor said.

Two train carriages were seen hanging from the structure, above a busy road. At least 65 people were injured, and seven are in a serious condition.
One person trapped in a car underneath the wreckage was pulled out alive.
This is the deadliest incident in decades in the city's metro system, one of the busiest in the world.

Local media broadcast CCTV footage showing the overpass collapsing, sending up clouds of debris. The crash happened at around 22:00 local time on Monday (03:00 GMT) near the Olivos station on the metro's Line 12, in the south-east of the city.

Mexico City Mayor Claudia Sheinbaum said an external company would investigate the cause of the incident. Earlier, she said it appeared a girder had given way on the overpass. The line, inaugurated less than a decade ago, will remain closed while a structural survey is carried out.

Speaking at a news conference alongside the mayor, President Andrés Manuel López Obrador offered his condolences to the relatives of the victims and said that "nothing would be hidden" from the Mexican people.

Residents had reported cracks in the structure after a deadly 2017 earthquake, according to local media. Mexico's El Universal newspaper says transport authorities made repairs following the reports. 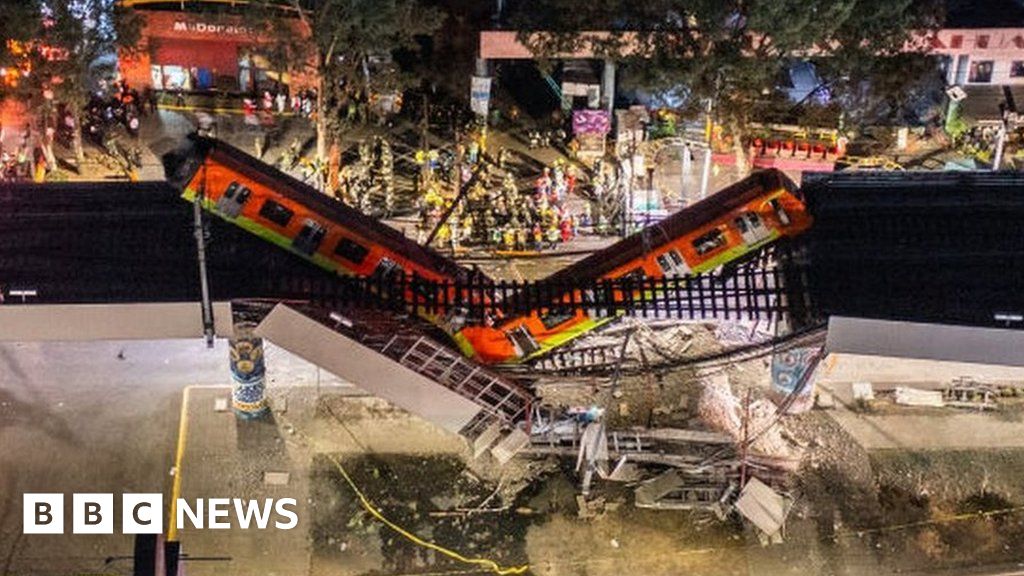 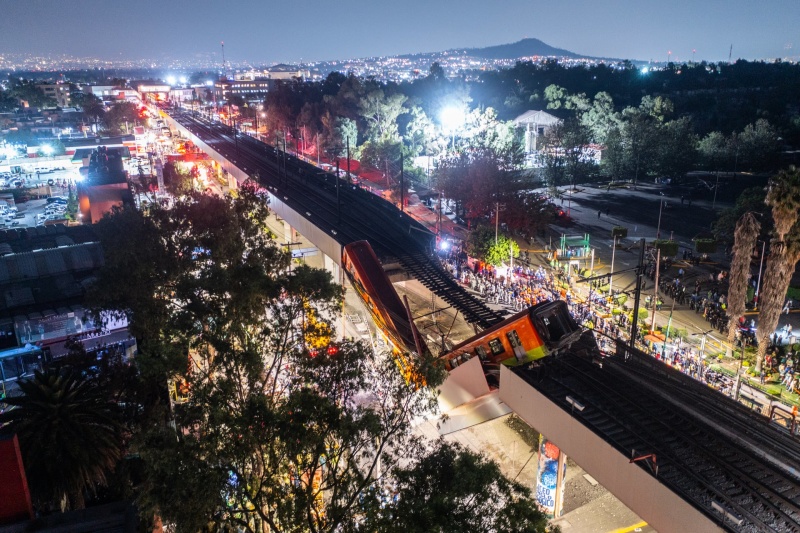 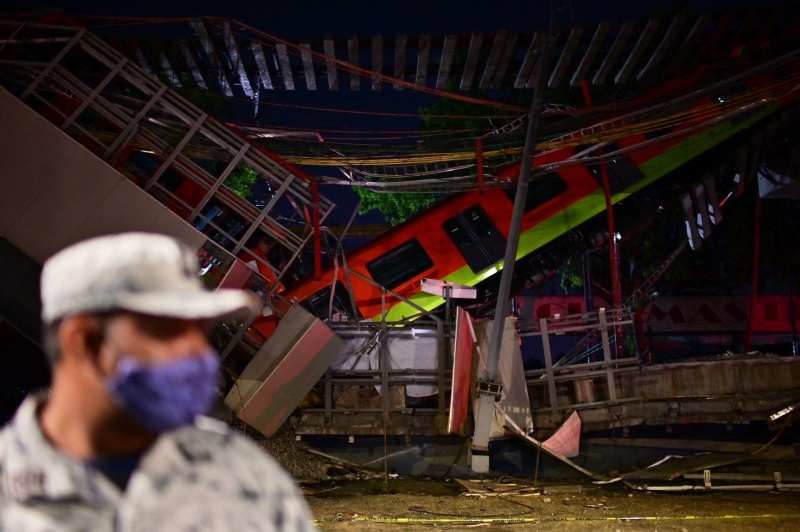 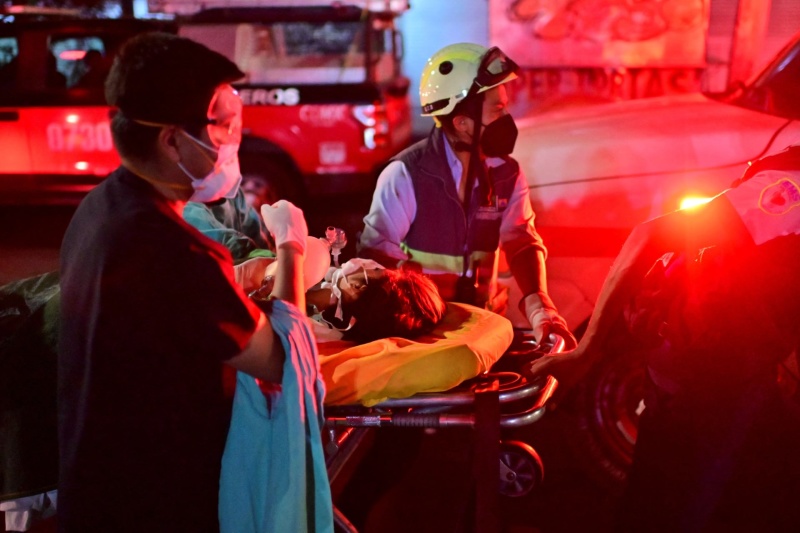 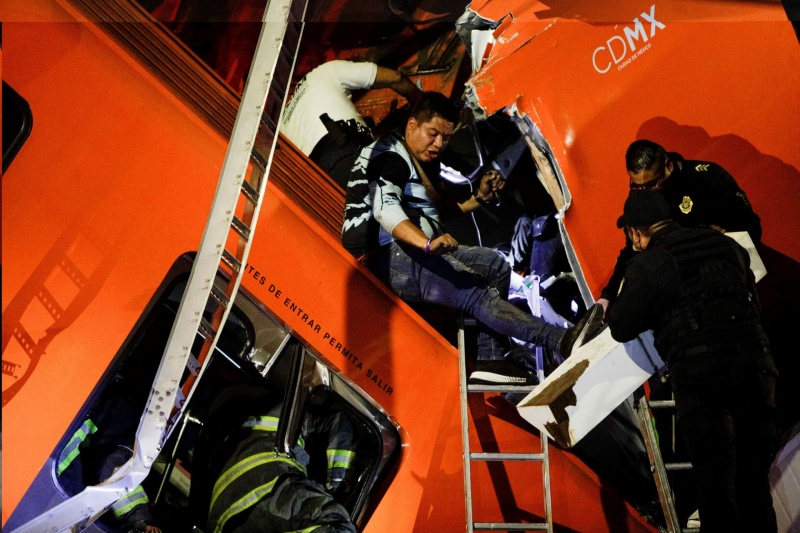 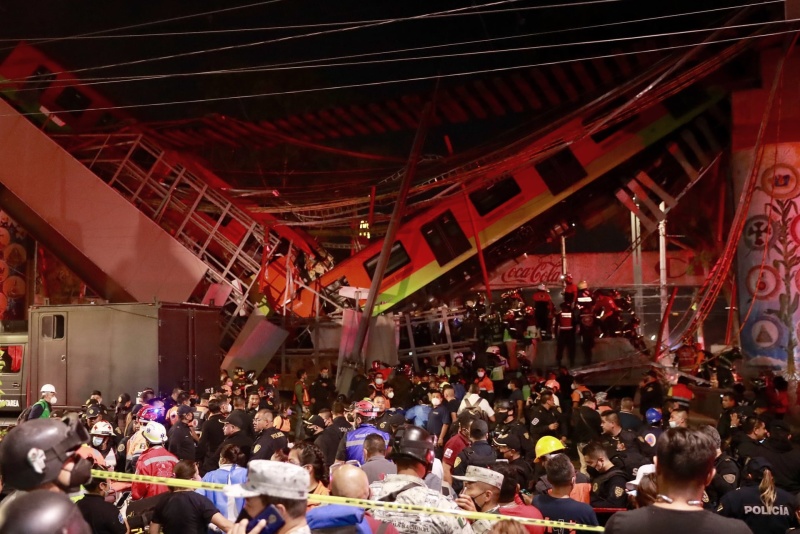 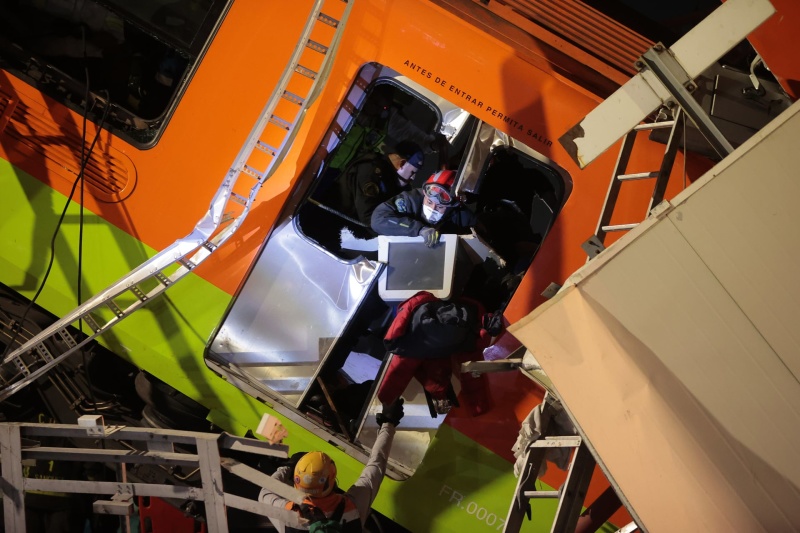 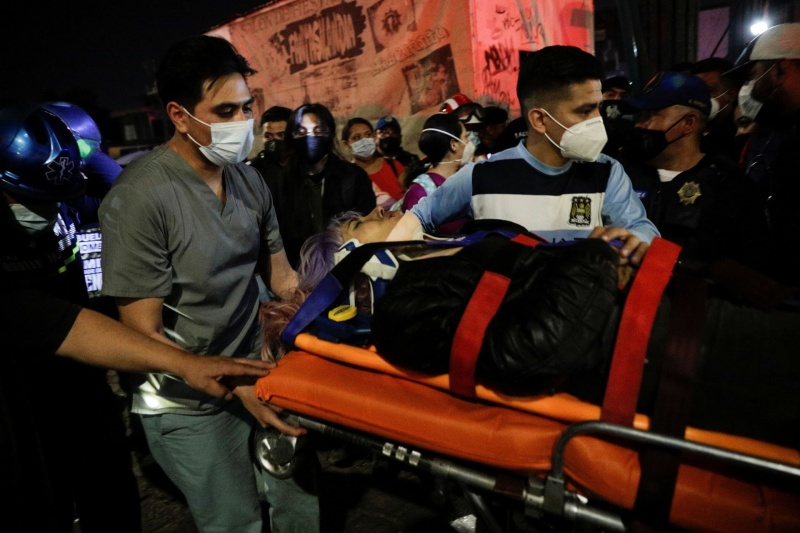 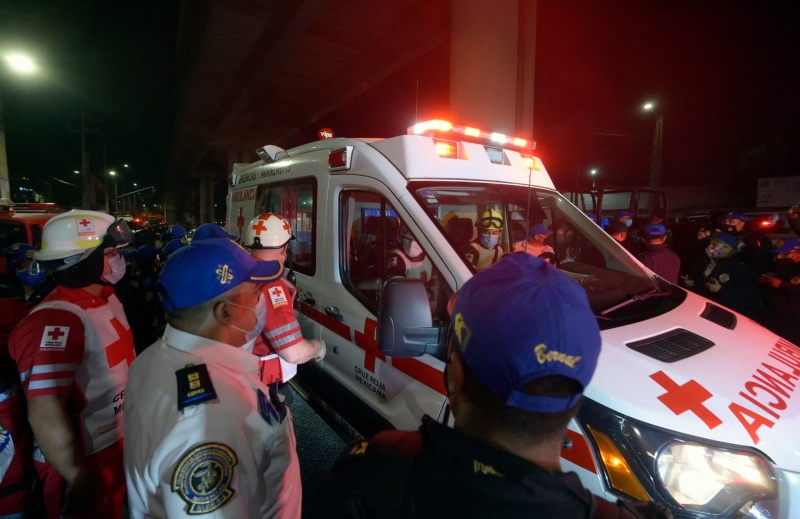 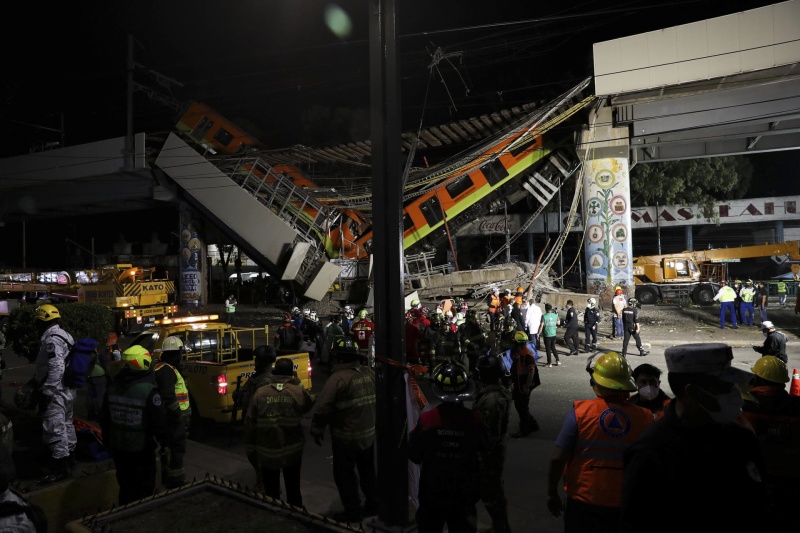 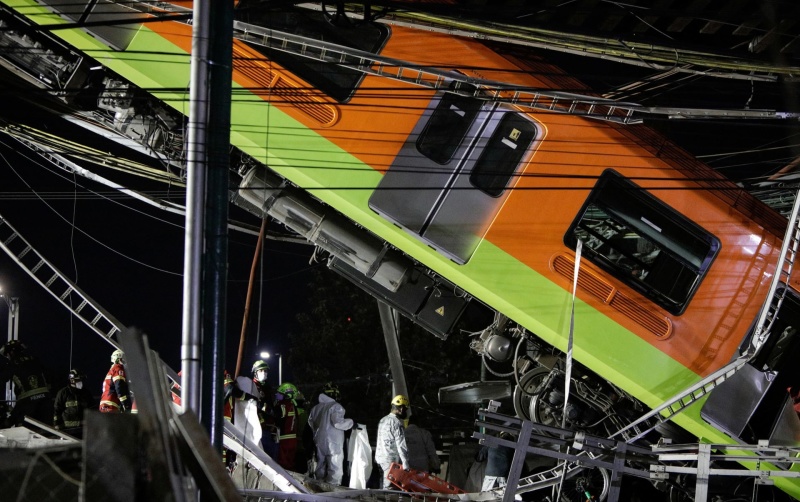 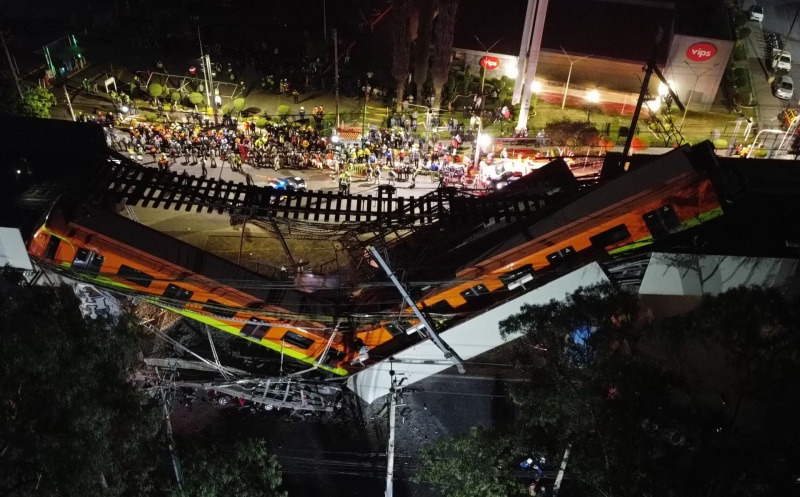 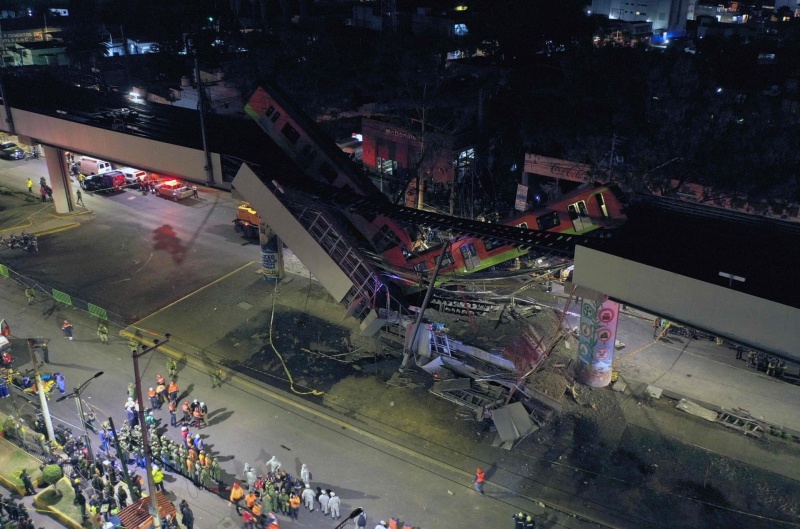 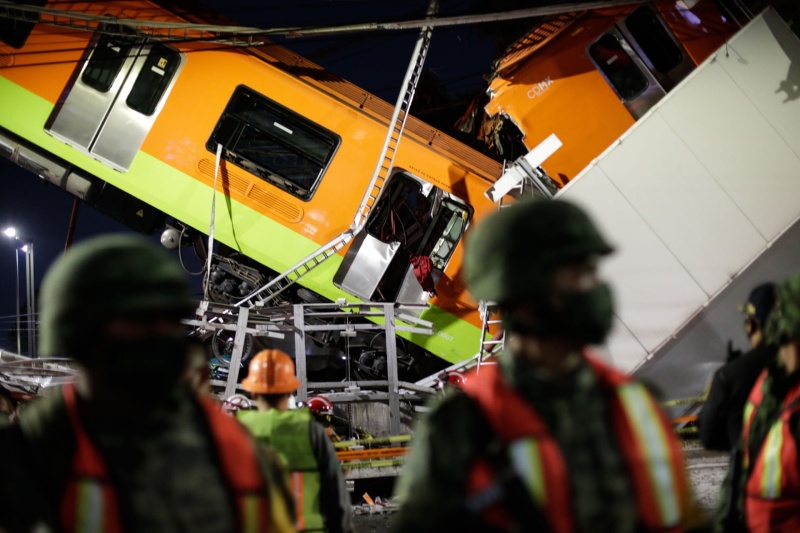