Massacred for stealing a goat

Linstead resident killed by mob after goats stolen in Kellits​

A suspected goat thief ran out of luck at nightfall yesterday when residents literally butchered him at Pedro River district, which borders the parishes of St. Ann and Clarendon.

Pedro River is not far from Kellits, Clarendon.

The Jamaica Constabulary Force (JCF) said the deceased, so far, has been identified only as ‘Victor’ from Rosemount district in Linstead, St. Catherine.
Although he had been staying at Rosemount in recent times, he originally is from Clarke’s Avenue in Ewarton, St. Catherine.

Photos of his mutilated body show that he is of dark complexion, and is dressed in jeans shorts as well as a grayish T-Shirt with the word ‘Nike’ written on the front in white.

The deceased has multiple chop wounds across the face and hands. In fact, his right hand was chopped off.

Residents stated that ‘Victor’ was among of group of men that stole goats in the Kellits area yesterday. It is said that they were travelling in a white Toyota Corolla Axio.

They tried to escape after seeing the police.

The JCF told The Beacon: “Reports are that the vehicle [carrying the suspected thieves] was signalled to stop by police and the occupants didn’t oblige. The police gave pursuit, and the men fled from the vehicle after reaching Pedro River. Residents pursued the group of men and managed to hold ‘Victor’, who was then chopped to death.” 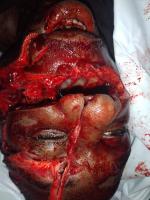 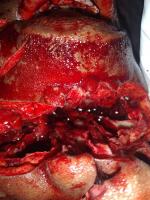 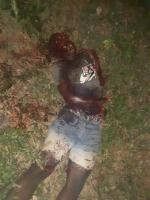 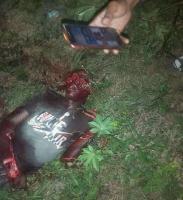 This file has been shared with you on pixeldrain

pixeldrain.com
You must log in or register to reply here.

Dismembered man alive in Pakistan. Arms, nose, and then ears.