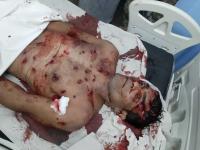 After a 20-day cinematic escape that involved around 300 police officers from two Brazilian states, fugitive Lazaro Barbosa de Sousa, 32, the confessed murderer of five, was killed on Monday.

Goias’s governor Ronaldo Caiado said the man was found in a rural area, in a region of stream, within the forest.

De Sousa was killed after resisting arrest, according to Alexandre Ramagem, Brazilian Intelligence Agency (Abin) director. He was shot and succumbed to injuries on the way to the hospital. De Sousa’s death was confirmed by the Civil Police, which did not reveal further details about his arrest and death.

Goias' Public Security Secretary Rodney Miranda said that De Sousa "unloaded the pistol" against police officers. "We had no choice but to fight back," he said.

The man was under investigation for more than 30 crimes and for the death of four people from the same family, including two children, in Ceilandia, a city of 500,000 in the Federal District, and of a farm worker in Goias’ district of Girassol.

De Sousa was convicted for murder in the State of Bahia, and was also wanted for crimes of robbery, rape and illegal possession of a firearm.

Images on social media show officers celebrating the arrest after taking a wounded and bleeding de Sousa to a Fire Department ambulance from a police car.

Information about the capture was initially disclosed by Goias’ governor Ronaldo Caiado. In a Twitter video, Caiado said, “Goiás is not a bandit’s Disneyland”.

The governor had not yet confirmed de Sousa’s death. Speaking to journalists after the arrest, he said investigations show “there was protection from some people, not only in the rural sector, but in [Goias’] city of Cocalzinho”. According to him, those people could have provided de Sousa shelter and food.

Last week, a local farmer and an employee were arrested on charges of aiding the fugitive.

According to Caiado, de Sousa could have been a “hitman” or “a psychopath”.

Thanks, I was just about to post this but you beat me to it.

There is a naked corpse video circling around.
m/ ^_^ m/ "The goal of all life is death" - Sigmund Freud
​

Meatpie said:
Thanks, I was just about to post this but you beat me to it.

There is a naked corpse video circling around.
Click to expand...

do you have vid ?

I have posted about him at afternoon in Video Section, including naked corpse pic and video
- All men must die -

metalmachine said:
I have posted about him at afternoon in Video Section, including naked corpse pic and video
Click to expand...

CAME NOW FROM WORK HAVE TO CHECK ALL

Yeah thanks metal just saw it as well. Good job man, you are miles ahead of all of us.

Tarantula said:
CAME NOW FROM WORK HAVE TO CHECK ALL

Sometimes happens. Today I had free day. Thts the reason I could post in afternoon

Ahhh, good. It's a nice feeling when you are first to share such beauty.

Super fit strong tall and hairy athlete, not something we see every day even here.

His abs are pure muscle.

Meatpie said:
Ahhh, good. It's a nice feeling when you are first to share such beauty.
Click to expand...

According to his earlier police booking photos he was 1.8m tall.

Objects he used in his Satanic rituals 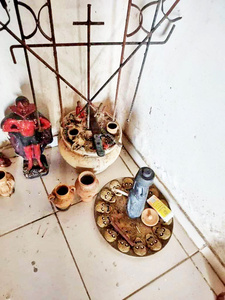