It is the first time that the Taliban launched operations against the Islamic State of Iraq and Syria-Khorasan branch in Kandahar province.

Local residents have said that the operations started Monday midnight and continued until early morning the following day and claimed that three civilians have also been killed during the operations.

Taliban’s provincial officials in Kandahar said that they killed three ISIS-K affiliates and arrested ten more but did not say anything about civilians.

In the meantime, it is rumored that an ISIS-K affiliate has blown his explosives in a room that killed the affiliate.

The provincial officials and interior ministry have not said anything about the casualties of the Taliban fighters.

The ISIS-K has recently escalated their attacks in Afghanistan and has lately claimed responsibility for a deadly attack on Saturday in Kabul that left three killed and six wounded.

On August 15, the Taliban seized power in Kabul, three months on Afghanistan is on the brink of an economic collapse. Attacks by the ISIS-K have been rising, women are virtually absent from public life, they have been barred from working and receiving education. 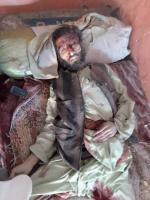 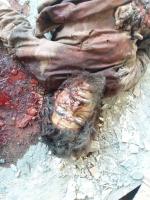 Can't think of a better foe for ISIS than the Taliban. Would love to have them work their magic on them and post videos.
Flesh and Blood:
Organic and Natural.
Nutritious and Delicious.
You must log in or register to reply here.