A corpse with its head wrapped in packing tape was found Tuesday morning in a rice field in Sitio Hibaler, Barangay Rizal, Banga, South Cotabato, Philippines. 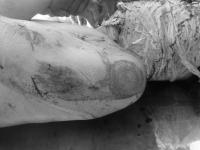 In an interview by Brigada News FM Koronadal with SPO1 Pepito Balmores of Banga PNP, he described the body as a man, with short hair, 5'2 tall, white and with tattoos on his left shoulder, hand and lower waist .

He was wearing navy blue jogging pants, no top t-shirt and only his feet. 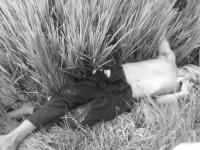 According to Balmores, the victim's head was wrapped in packing tape with bullet wounds to the forehead and nose.

At the moment, it is not clear whether the victim was killed on the spot or just dumped there.

But it was said that blood and bullet casings were found in the rice field where it was found. 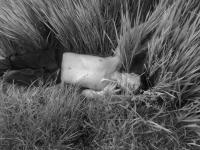 For now, the body is kept at Southern Funeral Homes in Banga town.
You must log in or register to reply here.

Two bros chilling by the baywalk five feet apart, and they're both dead