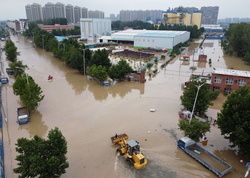 Heavy rains have flooded parts of central China's Henan province, upending the lives of tens of millions and leaving at least 12 dead. More than 20cm of rain fell in one hour in Zhengzhou, the regional capital, flooding the city's subway system and major roads. The heavy rains began on 17 July ahead of severe downpours on 20 July .
m/ ^_^ m/ "The goal of all life is death" - Sigmund Freud
​

Metro statation in Henan during the floods where hundreds of subway passengers were trapped in deep water.

Flooding is not uncommon in China during the rainy season, but the expansion of cities and conversion of agricultural land into housing has put more people closer to danger.

Forecasters are predicting the downpours to end by Thursday.
m/ ^_^ m/ "The goal of all life is death" - Sigmund Freud
​

Thousands of people remain trapped in central China as floods continue to batter the region, killing at least 51, a number that is expected to rise again sharply as recovery crews access previously submerged roads and tunnels in the capital city.

Record-breaking rainstorms – which dumped a year’s worth of rain on and around the capital of Henan province, Zhengzhou, earlier this week – have since moved north, affecting outer cities and regional areas, trapping people without electricity or fresh water, including at hospitals.


On Friday afternoon state media reported the death toll had risen from 33 to 51, citing local authorities, and a financial toll of of more than 65 billion yuan (£7.3bn). More than a million people had been relocated, half of them having lost their homes. 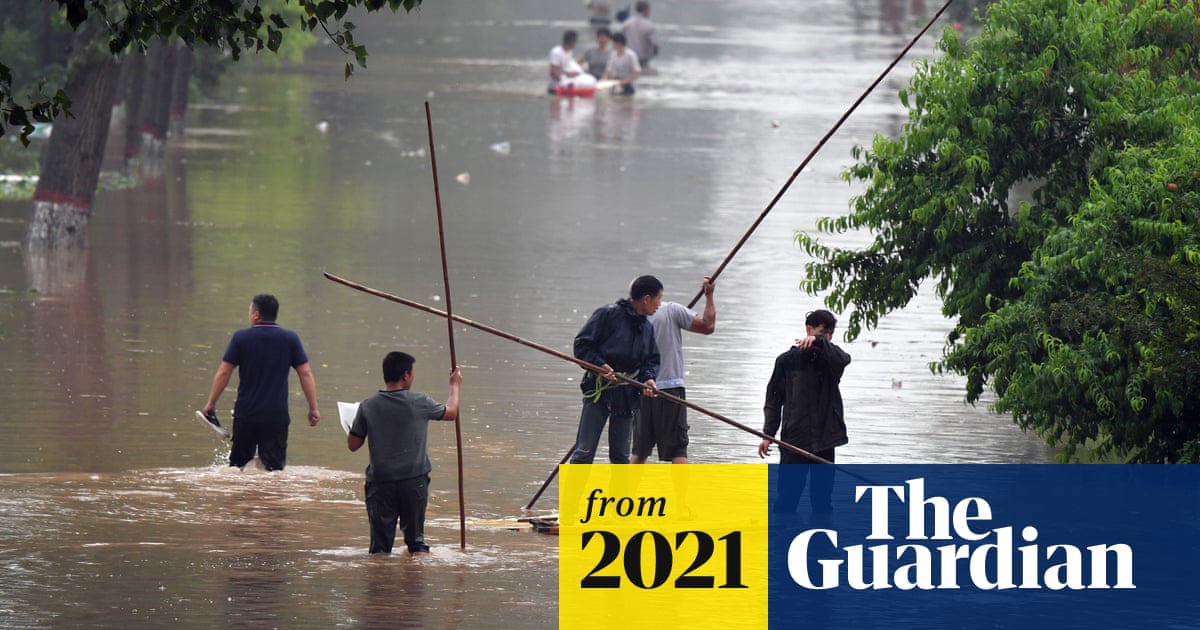 Extreme rainstorms are continuing their path of destruction, dumping 260mm on the city of Xinxiang in just two hours

A subway car full of trapped China Dolls. Make way, I'm coming through.
You must log in or register to reply here.