The Australian government has declared a natural disaster in large swaths of New South Wales (NSW) as heavy rains batter the state and force thousands to evacuate.
Rains have been inundating communities since Thursday, but parts of the east coast tipped into crisis on Saturday as a major dam overflowed, adding to swollen rivers and causing flash flooding.
The NSW and federal government have signed 16 natural disaster declarations in areas spanning the central and mid-north coast, from Hunter Valley near Sydney to Coff's Harbour, said NSW Emergency Services Minister David Elliott in a news conference on Sunday.

There have been no deaths reported yet -- but, Elliott warned, "we are moving closer and closer to the inevitable fatality."
"We cannot say it enough: do not put yourself in danger, do not put the agencies that are there to assist you in the event of a flood rescue in danger," he said.
Some families were forced to evacuate in the middle of the night as rivers rose to dangerous levels, and 4,000 more people -- primarily in the Hawkesbury region -- may have to evacuate on Sunday, said state Premier Gladys Berejiklian at the news conference.

"This is nothing like we've seen since the 1960s," Berejiklian said. In parts of the state that have been hit harder, this is a once-a-century event; in other regions like the Hawkesbury area, it's a "one-in-50-years" event, she said.
Joshua Edge and his fiancée Sarah Soars lost the house they were renting Saturday on what was supposed to be their wedding day. They lost everything they owned, including pets, as flood waters powered through Mondrook, an area near the town of Taree in NSW, Edge's brother Lyle wrote on a GoFundMe page set up to help the couple.
The page has raised nearly $100,000 AUD (roughly $77,000 USD) from 1,779 people in one day. A video circulating on social media shows a house being carried by floods in the same area, but CNN could not independently verify whether it was the one Edge and Soars had been living in.
"We have just been blown away with people's generosity," said Lyle Edge in a Facebook post. "We are all so grateful and can not [sic] thank everyone enough." 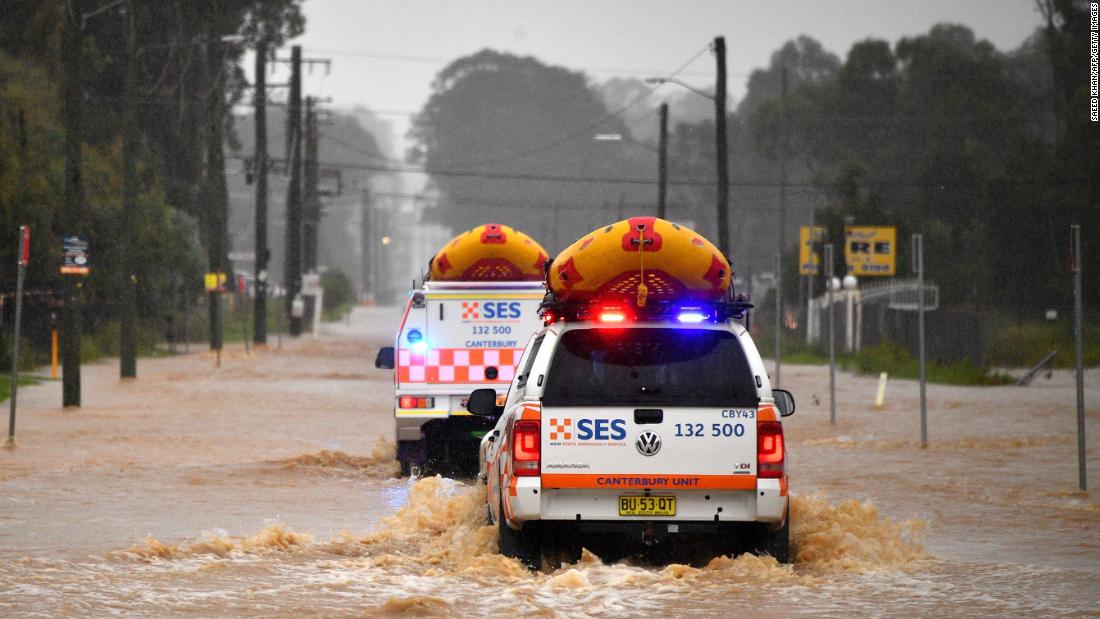 The Australian government has declared a natural disaster in large swaths of New South Wales (NSW) as heavy rains batter the state and force thousands to evacuate.

Couple Marry During the Flood

Pregnant bride to be Kate Fotheringham, 30, and groom Wayne Bell, 33, made it down the aisle in flood-stricken Wingham on Saturday after a cry for help on social media went viral.