[SUB]Flooded homes in Pacific, Missouri
[/SUB]
Rain-swollen rivers rose across the U.S. Midwest on Wednesday, forcing the evacuation of hundreds of people, threatening crops and livestock and putting scores of buildings underwater after days of unusual winter flooding that has killed 24 people.


Several major rivers, including the vital Mississippi, were poised to crest at or above record levels, creating floods as the waters surged toward the Gulf of Mexico, the National Weather Service said.


Flooding has closed multiple roads and sections of Interstate 44, a major highway that runs from west Texas to St. Louis. Homes and businesses had water up to their roofs in Missouri, while crews in other areas put up sand bag barriers in hopes of keeping out water. Missouri Governor Jay Nixon called the flooding "very historic and dangerous."


Louisiana Governor Bobby Jindal declared a state of emergency to prepare for inevitable flooding as the waters move south toward his state. Flash flood warnings also were issued farther east for parts of the Carolinas and Georgia, the NWS said.


At least 24 people have died in Missouri, Illinois, Arkansas and Oklahoma in holiday season flooding after days of downpours that brought as much as 12 inches (30 cm) of rain to some areas. Almost all of the deaths have been caused by people driving into flooded areas.


Along the Meramec River in Eureka, Missouri, Mayor Kevin Coffey, said a man had to be rescued from atop the cab of his pick-up truck after spending the night in a parking lot to watch over his gun shop business and then trying to drive away.


"This is 4 feet (1.2 meters) above the worst flood we ever had," said Coffey, warming up in a police car after helping to place sandbags around a school. "The town looks like one huge lake."


Past historic floods on the Mississippi in 1993, 1995 and 2011 occurred during warm weather, after snow melts up north. AccuWeather senior meteorologist Alex Sosnowski said it is highly unusual to have this kind of flooding in winter and more trouble could come in the spring.
m/ ^_^ m/ "The goal of all life is death" - Sigmund Freud
​

I hadn't seen the funnel before. Is that a waterspout over the river or a tornado on land? Whatever it is, it's as scary as the flood.
"I'll hit you so hard your ancestors will die."
.....Harlan Ellison 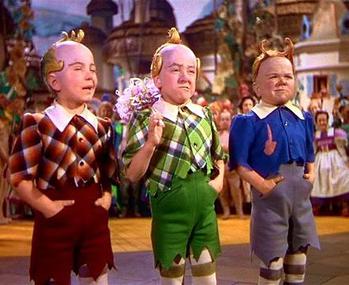 "I'll hit you so hard your ancestors will die."
.....Harlan Ellison

Well, it looks like Dorothy ate the Lion, Scarecrow and the Tin Woodsman

We should name the news part the "CDG News Network" What does everone think?
Yes I have wickr me my username is: Jbarn025

Don't mess with mother nature
You must log in or register to reply here.