An "explosive" volcano eruption has blanketed the Caribbean island of St Vincent in ash and smoke.

La Soufrière, which has been dormant for decades, first started showing volcanic activity in December which picked up this week.
Late on Thursday Prime Minister Ralph Gonsalves urged more than 16,000 residents in so-called red zones to urgently evacuate.
The volcano has since spewed dark ash plumes 6 km (3.7 miles) into the air.

The first sign that an eruption was imminent came on Thursday evening, when a lava dome was suddenly visible on La Soufrière.

Then, just before 09:00 on Friday (13:00 GMT), seismologists from the University of the West Indies confirmed that an "explosive eruption" was under way.
Evacuees were taken to cruise ships and safer parts of the island. 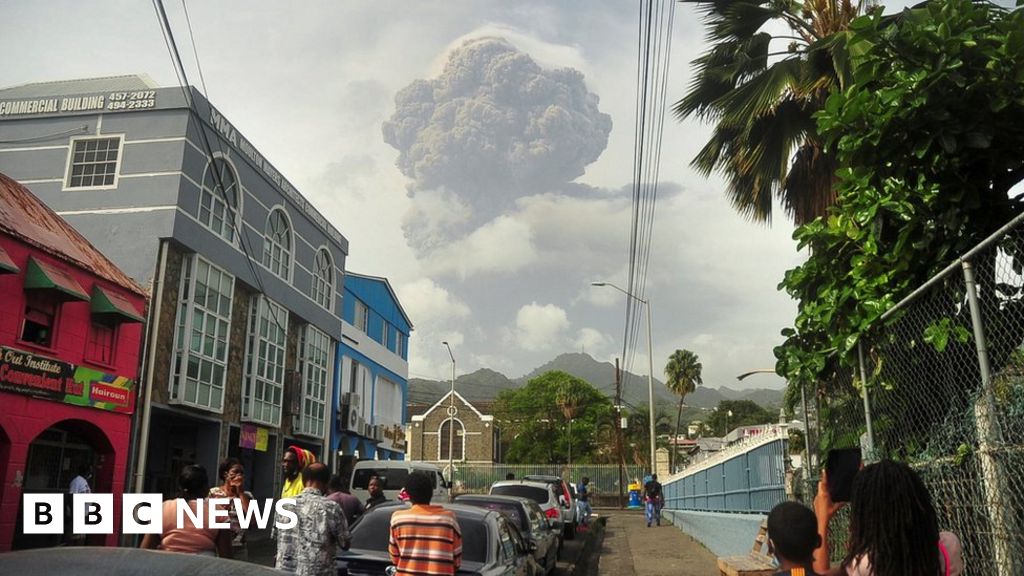 La Soufrière on Saint Vincent island spews ash 6 km into the air, as 16,000 people are evacuated.
www.bbc.com
m/ ^_^ m/ "The goal of all life is death" - Sigmund Freud
​
You must log in or register to reply here.