Do you think cannibals need to eat all or part of the long pig?

Do you think cannibals need to eat all of the other person?
At least I don't think I have that big appetite ...
I think I will choose a portion to eat. Examples include the penis and testes. They are easier to remove from the body and easier to cook.
A

What do you mean by "need"? Of course it is nice to eat penis and testicles (for the symbolism alone!)

But there are really nice pieces of meat on a human body. It would be a shame to waste that.
You can freeze it and eat that later. Or you can make tasty sausages and filled... well.. meat pie.
S

But in fact, I do n’t like many of them. For example, hips, and I do n’t think frozen meat is as delicious as fresh meat. I don't think you are too wronged if you are enjoying food, right?
D

There is alot of confliction where it comes to human consumption. Experts coin the term "ordinary meat" and say it has no flavour. Personally disbelieve it and think that human meat resembles pork. As is often the case that scientific study believes that we could survive on organ transplants from pigs

Scientific evidence also suggests that the best person to eat would be a "couch potato" again I disbelieve this because unhealty couch potatoes are fat and their bodies weak from lack of nutrition, fibre and have fatty organs/muscles.

I strongy believe that the most delicious of humans would be gym rats, slim bodied scallies or chavs, athletes and bodybuilders who are basically skeletons covered in muscles and elastic skin. 6% bodyfat, evenly proportioned and not much waste. I find expert opinion to be used to deter and not because it's fact. Another example is research into super volcanoes where american experts say that when Yellowstone erupts it wont be a large one even though historically it has millions of years of reliable data that suggests it would cataclymisically erupt next time and history suggest the worst possible eruption. They sell the watered down idea otherwise cause mass panic... I believe they do that in terms of Human consumption to deter you from it and not make you think about it.

Also by them telling you to get a fat man, they are making you create a job youll get caught doing because the amount of wastage is hard to shift. So it manipulates a wouldbe cannibal to get himself caught struggling to get rid of so much inedible wastage.

The only wastage really in a young man in his mid-late teens with a slim body but 6 pack and chest muscles and nice arms/legs you're going to get wastage is his head. His skin strechy and healthy, his muscles attached to his visible bones, his blood rich in iron, his heart and organs not an ounce of fat on them just pure meat fed with his healthy blood.

I cannot imagine much wastage at all.. The human brain is poisonous and I have read something about the spinal column not being safe to eat from. If you pick them 16-20, slim body but athletic and muscled and about 5 ft 5. I dont think you can go wrong.

I imagine crushing the bones in someway and scattering the ashes/dust in the garden. I saw something once on doctor who that the calcium richness in bones can feed plant life.

god, if I had my own place, some young guys would suffer me so much it's almost scary but at the same time so satisfying. 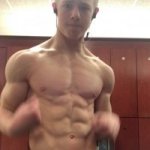 i always wondered how possible it would be to get a hand vaccum of sorts, fitting a long sharp needle to the mouth and then a pipe leading from the dust pot to a 8-10pint tub. Whilst they are tied up stab it into their hearts and make it suck out their blood. With every beat of his strong muscular heart it would be working against his healthy body in literally draining it dry. beating with all its strength and the suction draining it.

When completed, the boy's heart probably still beating, especially if given a stimulant like cocaine could easily be cut out of him without him bleeding out and causing a mess. You could even remove his head?

So much potential I think and wonder how realistic it could be. Obviously as a heart fetishist/cadiophile my aim will be removing his heart as soon as possible.
Last edited: Dec 3, 2019

I don't think a cannibal "needs" to eat everything. After all, when you sit down to a meal, sometimes you aren't too hungry and leave some on the plate, whereas other times you are ravenous and scarf down everything on the plate and want more. So, I'd say eat what you want. Freeze some for later. Shangxi isn't partial to frozen meat, but if I knew it was hot-dude-meat, I'd love every bite. Me, I would not waste a single ounce of the body. Everything would be eaten except bones, and I'm sure I could find a sexy use for those, too.
Flesh and Blood:
Organic and Natural.
Nutritious and Tasty.
S

My opinion is that most of the rush in eating human meat is psychological knowing that you are consuming something that you were just having a conversation with and is totally taboo. The entire process of the capture, kill, gutting, butchering becomes one incredible experience.
O

I agree totally, it is a little bit like like old joke about the vegetarian, who was hunting just for sport of it. Killing and gutting are the two most sensual parts of it, the meat i can give to other persons for eating. If you still want to eat there are other ways of preserving meat; smoking, curing and hermetic conservation in glass bottles or boiled down to preserves in its own fat. The last method very popular in use before Dr. Pasteur.
Homosexuality is a Pain in the Ass.

slitneck1 said:
My opinion is that most of the rush in eating human meat is psychological knowing that you are consuming something that you were just having a conversation with and is totally taboo. The entire process of the capture, kill, gutting, butchering becomes one incredible experience.
Click to expand...