Flood waters from Hurricane Delta in October surround buildings that were destroyed by Hurricane Laura in August in Creole, Louisiana.

The annual record for the number of major storms forming in the Atlantic has been shattered, with Subtropical Storm Theta becoming the 29th named event in a hyperactive hurricane season.

The US National Hurricane Center said the development of Theta, currently churning through the heart of the Atlantic, had broken a record that stood since 2005, when there were 28 named storms.

Yet another named storm could be in the works, with meteorologists tracking one through the Caribbean.

There have been so many big storms in 2020 that meteorologists exhausted their English-language list of names and had to turn to the Greek alphabet, rapidly burning through Alpha to Eta. In September, there were five storms lined up in the Atlantic at once.

“I think everyone feels surprised by the number of storms we’ve seen,” said Jill Trepanier, an extreme weather expert at Louisiana State University. “The sheer number has surpassed my expectations."

Storms are named once they hit a wind speed of 39mph, with 12 of 2020’s named storms accelerating further to become hurricanes. A record 12 named storms and six hurricanes have crunched into the US so far this year, with some communities repeatedly besieged by strong winds and flooding.

Parts of southern Louisiana were devastated by Hurricane Laura in late August, which brought 150mph winds and severe flooding that claimed 42 lives, only to then be pummelled again by Hurricane Delta and Hurricane Zeta last month.

The frequency of major storms making damaging landfall is the “big story for 2020” in terms of the hurricane season, said Phil Klotzbach, an atmospheric scientist at Colorado State University.

The hurricane season of 2020, which officially starts in June, has killed dozens of people and caused tens of billions of dollars in damage to homes, power lines and workplaces during a time of overlapping economic and social crises. 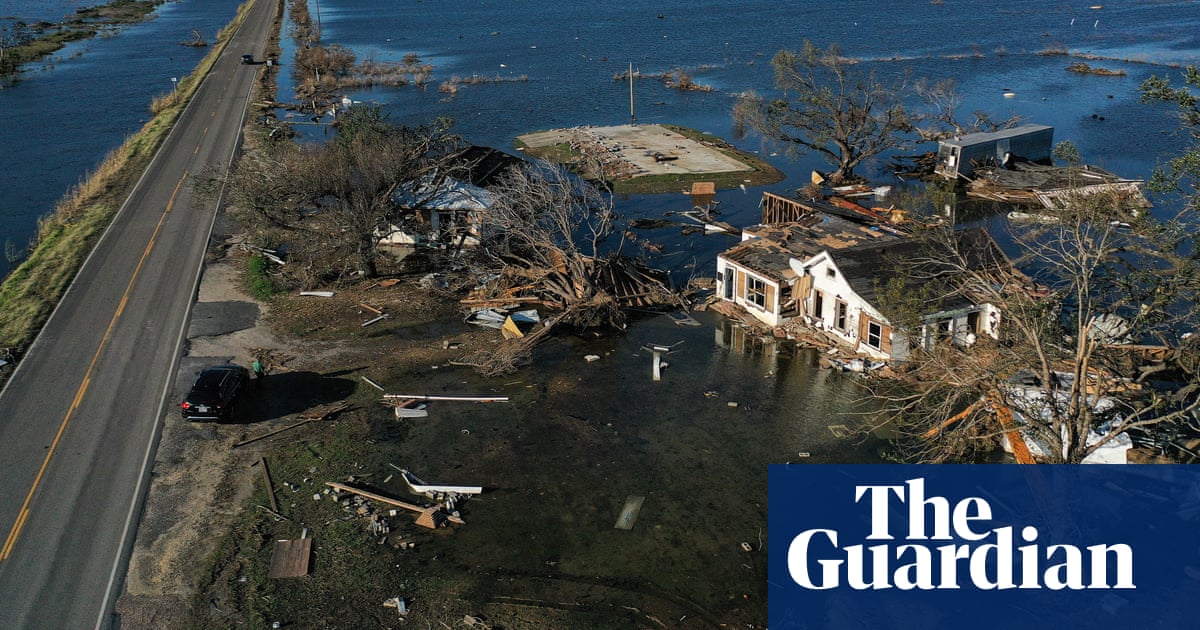 Robert Bullard, an environmental policy expert at Texas Southern University, said: “It is the most vulnerable communities who will likely get hit the hardest, the same communities that are trying to recover from previous storms and ravages of Covid-19.”

The flurry of storms is well beyond the bounds of normal expectations, with an average of 11 named storms occurring each year from the 1980s to 2010. It is unclear whether the climate crisis is causing more frequent storms, although scientists are increasingly confident that the rising temperatures of the atmosphere and ocean are causing stronger hurricanes.

Hotter water provides more energy to hurricanes, while extra warmth in the air causes a build-up of moisture that can come down as flood-causing rainfall. The extra heat is helping spur the rapid intensification of storms, as witnessed during Laura, when wind speeds leapt from 65mph to 110mph within a single day. Incredibly, a few weeks later Hurricane Sally surged from 60mph to 100mph in just 12 hours before barrelling into Alabama’s coast.

“Rapid intensification seems to be the name of the game right now,” Trepanier said. “We should expect to see events intensify quickly when conditions are as warm as they are presently.”

Much like the high temperatures experienced by the Arctic or the enormous wildfires that have chewed through California this year, climate scientists warn there will be more and stronger hurricanes as the world heats up further.

The science is “quite clear that we should expect more high intensity hurricanes and much more rain from them”, warned Kerry Emanuel, a professor of meteorology at the Massachusetts Institute of Technology.
m/ ^_^ m/ "The goal of all life is death" - Sigmund Freud
​
You must log in or register to reply here.

Watch out for Hurricane Gonzolo!