That Ice and Snow festival is breathtaking! An enormous wall of dust has hit part of Australia as residents brace themselves for a tropical cyclone.
The stunning images of the wild dust storm were captured by tugboat works and aeroplane passengers near the town of Onslow in north-western Australia.
Local reports say the huge swathes of red sand and dust had been picked up by strong winds in the Indian Ocean before being dropped near the town. http://www.dailymail.co.uk/news/article-2260560/Wall-sand-whipped-Tropical-Cyclone-Narelle-hits-Onslow-Western-Australia.html
m/ ^_^ m/ "The goal of all life is death" - Sigmund Freud
​

International Garden Photographer of the Year Paul Marcellini captured the wonders of Florida in the Trees, Woods and Forests category with his entry called Cypress Sanctuary Adam Gibbs mystical Fairy Mist captures British Columbia in Canada. He was a finalist in the Trees, Woods and Forests category This beautiful photo captures the Sunrise at Ballue in France and was taken by Nic Barlow. It won the Beautiful Gardens category
m/ ^_^ m/ "The goal of all life is death" - Sigmund Freud
​

Had not seen these before , they are great . I live on the other side on the Continent/Island of Australia and at times it is like living in another country . Tyranny of distance. Many thanks indeed.
We learn from history that we do not learn from history” ― Georg Wilhelm

Statue errected at the site of former public hangings,in Gdansk. 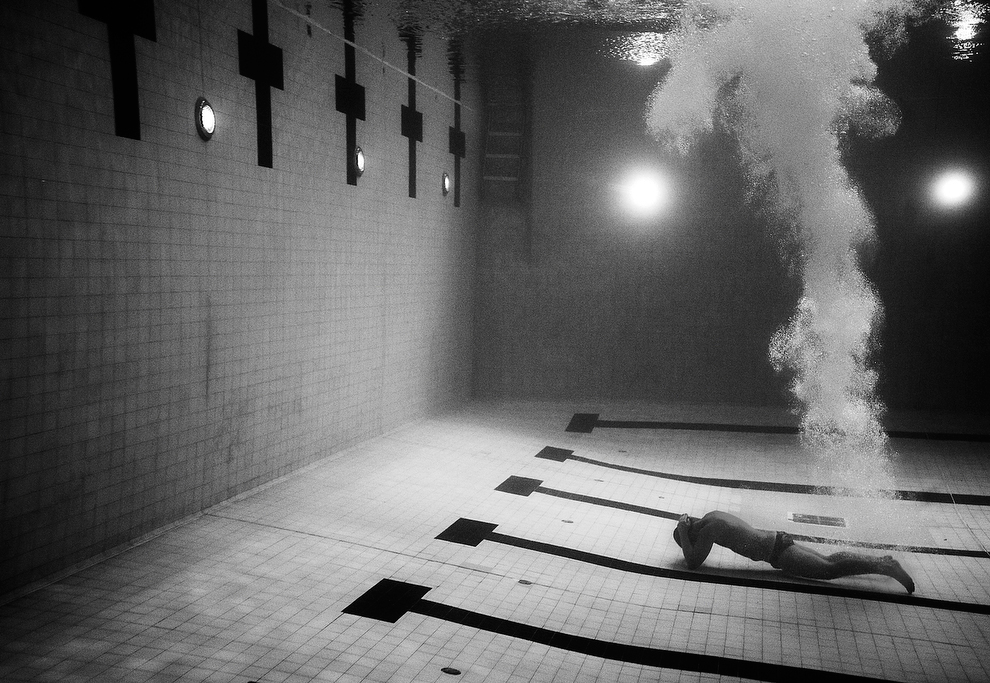 A diver has a very personal moment of dejection at the bottom of the pool during the 2012 CCCA Swimming and Diving State Championships at East Los Angeles College Swim Stadium on Thursday, April 26, 2012 in Monterey Park, CA. This image was awarded a Gold medal in the Sports Feature category from the 2012 College Photographer of the Year competition.
m/ ^_^ m/ "The goal of all life is death" - Sigmund Freud
​ 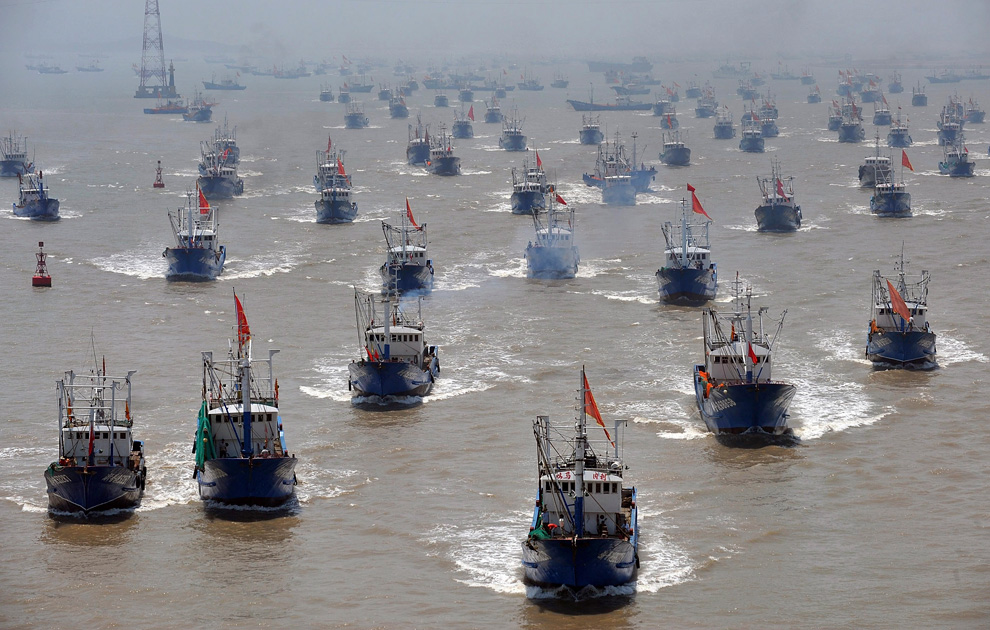 Every one of those boats is working for Mrs. Paul.
"I'll hit you so hard your ancestors will die."
.....Harlan Ellison 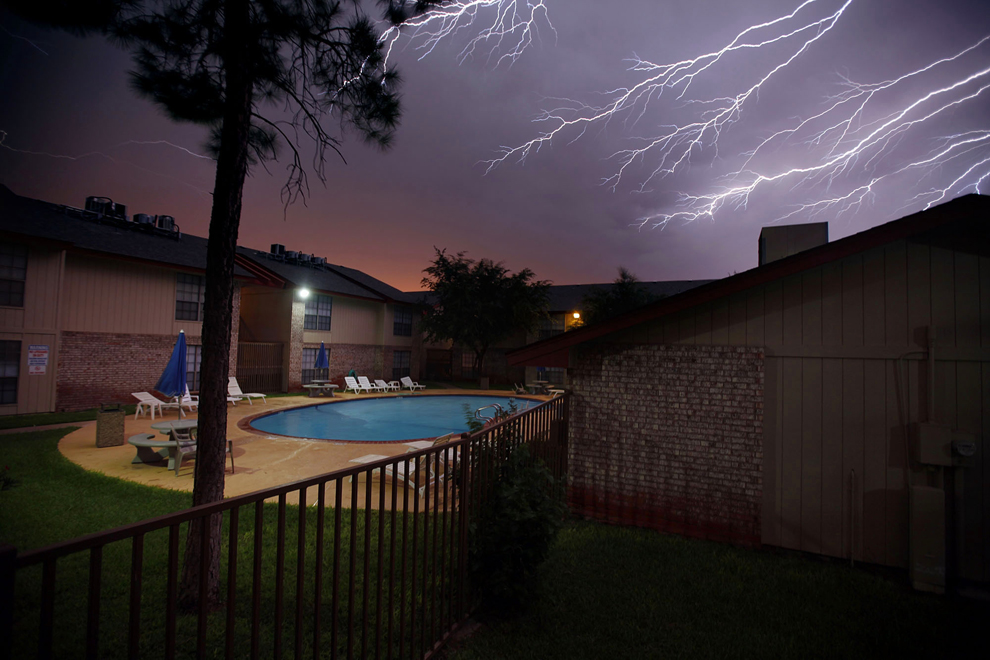 A lightning storm rolls across the sky on June 17 in Odessa, Texas. According to the National Oceanic and Atmospheric Administration, which collects its information at the Odessa-Schlemeyer Field, there will be chances of thunderstorms all day Tuesday then returns to sunny skies with the temperature in the mid to high 90s.
m/ ^_^ m/ "The goal of all life is death" - Sigmund Freud
​ Astonishing photographs taken by a French photographer have created the illusion that a cargo of air passengers are off to a very hot location indeed... the sun.
Photographer Sebastien Lebrigand, 38, said that it took two days to get the shot he wanted but he eventually took the incredible pictures at around 7pm.

The father-of-two added that the shots were difficult to capture because the aeroplanes were moving so quickly and that the blinding glare of the sun made it difficult to get the timing right. Photographer Sebastien Lebrigand, 38, said that it took two days to get the shot he wanted but he eventually took the stunning pictures at around 7pm on night this week. Mr Lebrigand said: 'The plane is so fast it crosses the sun in a quarter of a second, so there was no time to lose.I couldn't move as I knew the plane was going to arrive very fast. Suddenly I was like "snap, snap"! And bingo, I'd got it in the bag - it was magnificent' Mr Lebrigand took these striking shots as he walked alone under the night sky. The father-of-two said the aeroplanes looked 'so close' to the Moon as they flew from Spain to Germany Mr Lebrigand said: 'It was a still night and the moon was rising, almost full. I find it fascinating that the planes appear so close to the Moon, but yet so far - much like we are on Earth, in relation to the rest of the Universe'
m/ ^_^ m/ "The goal of all life is death" - Sigmund Freud
​ [SUP][SUB]At 5000m, this is the highest plume of ash recorded from the mountain since 1955, and caused darkness and ash falls over the centre of nearby Kagoshima city.[/SUB][/SUP]
m/ ^_^ m/ "The goal of all life is death" - Sigmund Freud
​ Pandas are an endangered species and notoriously hard to breed.

Twenty baby pandas, of which 17 survived, have joined the 128-giant-panda-family at the Chengdu Research Base of Giant Panda Breeding.
m/ ^_^ m/ "The goal of all life is death" - Sigmund Freud
​
S

Wow some amazing and beautiful pics there!! Thanks!!

Chinese man has new nose grown on his forehead

to replace the original which was damaged in a car crash Xiaolian, 22, had a new nose grown on his forehead after his original one was irreparably damaged in a traffic accident. The new nose was sculpted from cartilage taken from his ribs