Canada has recorded its highest ever temperature as the country's west and the US Pacific north-west frazzle in an unprecedented heatwave.

Lytton in British Columbia soared to 46.6C (116F) on Sunday, breaking an 84-year-old record, officials said.
A "heat dome" of high pressure parked over the region has set new records in many other areas.
The US and Canada have both warned citizens of "dangerous" heat levels that could persist this week.
Experts say that climate change is expected to increase the frequency of extreme weather events, such as heatwaves.

The high pressure zone is huge, from California right up to Canada's Arctic territories and stretching inland through Idaho.

There has been a run on air-conditioners and fans, and cooling shelters have sprung up. Some bars and restaurants - and even at least one swimming pool - were deemed too hot to function.
Lytton, which is about 150 miles (250km) north-east of Vancouver, surged past the previous Canadian record.
That was set in two towns in Saskatchewan - Yellow Grass and Midale - back in July 1937 at a balmy 45C (113F).
Lytton was not alone. More than 40 other spots in British Columbia set new records. 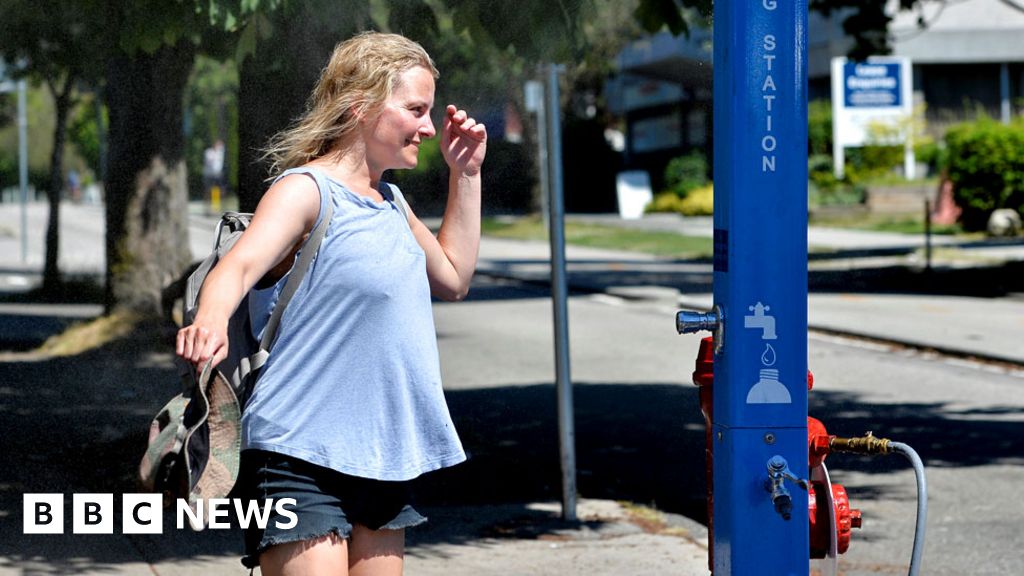 Lytton in British Columbia breaks an 84-year-old record, as the US Pacific north-west also sizzles.
www.bbc.com
m/ ^_^ m/ "The goal of all life is death" - Sigmund Freud
​

Numerous heat records were broken last couple of days across the Northern hemisphere in some places temperatures are 30 degree above normal. 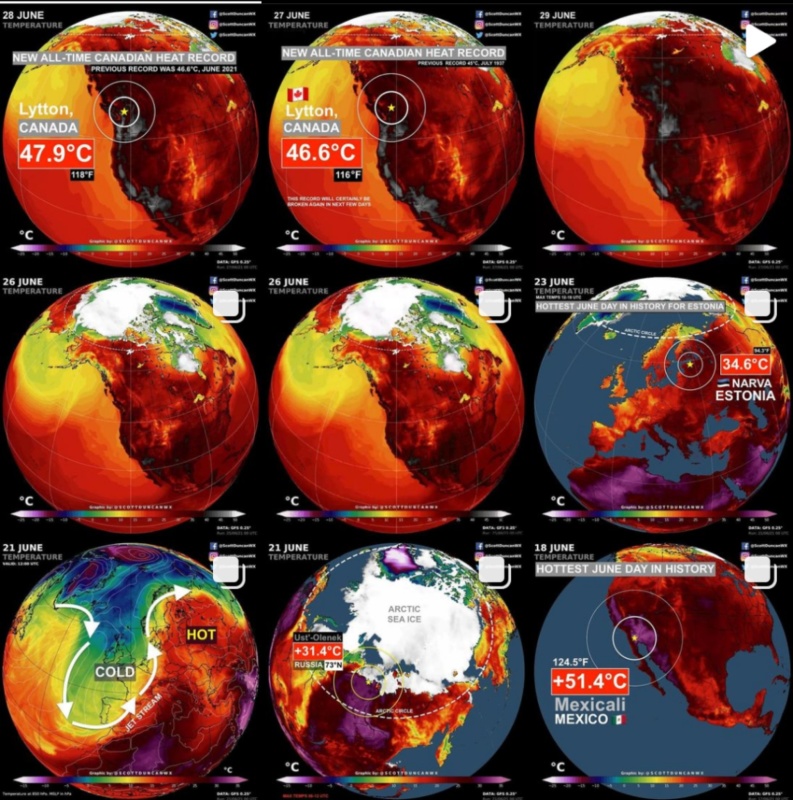 Although the deaths are still under investigation, authorities are asking everyone to check on their neighbours, family members and seniors.

“We are seeing this weather can be deadly for vulnerable members of our community, especially the elderly and those with underlying health issues. It is imperative we check on one another during this extreme heat,” Cpl. Mike Kalanj with Burnaby RCMP said. 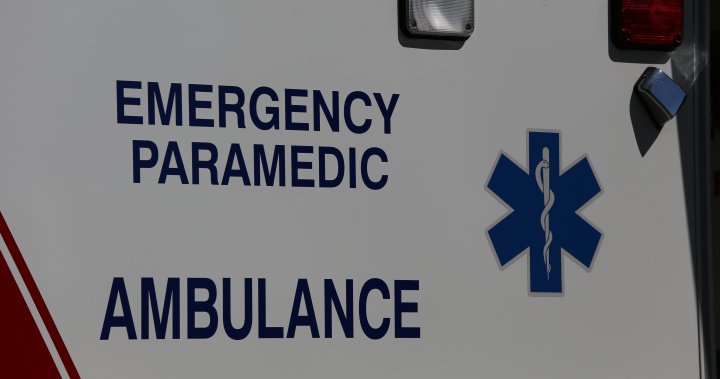 More than 25 people have died in 24 hours in Burnaby, many due to heat, police say - BC | Globalnews.ca

Although the deaths are still under investigation, RCMP are asking everyone to check on their neighbours, family members and seniors as the heat wave continues.

Police in the Vancouver area have responded to more than 130 sudden deaths since Friday. Most were elderly or had underlying health conditions, with heat often a contributing factor. 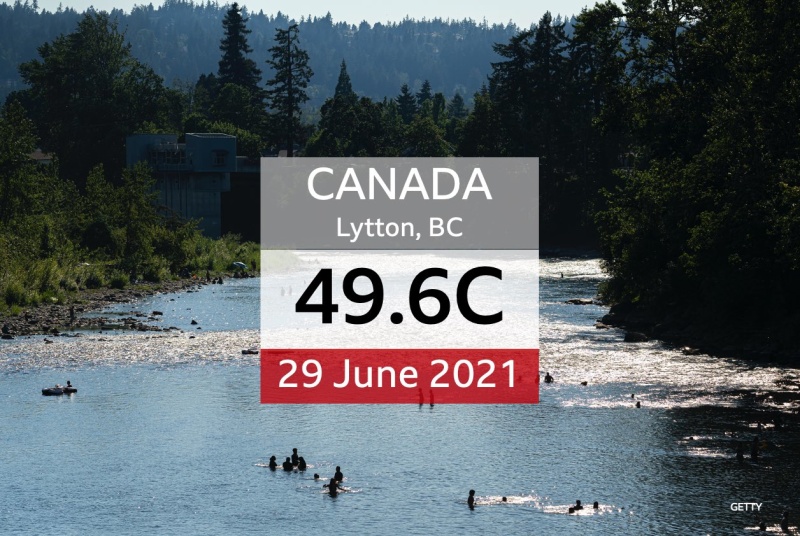 Canada broke its temperature record for a third straight day on Tuesday - 49.6C (121.3F) in Lytton, British Columbia.
The US north-west has also seen record highs - and a number of fatalities.
The heat over western parts of Canada and the US has been caused by a dome of static high-pressure hot air stretching from California to the Arctic territories. Temperatures have been easing in coastal areas but there is little immediate respite for inland regions.

Before Sunday, temperatures in Canada had never passed 45C.
British Columbia Premier John Horgan said the hottest week the province had ever experienced had led to "disastrous consequences for families and for communities".
The number of heat-related fatalities is likely to rise as some areas say they have responded to sudden death incidents but have yet to collate the numbers.
In Vancouver alone, heat is believed to have been a contributing factor in the unexpected deaths of 65 people since Friday. 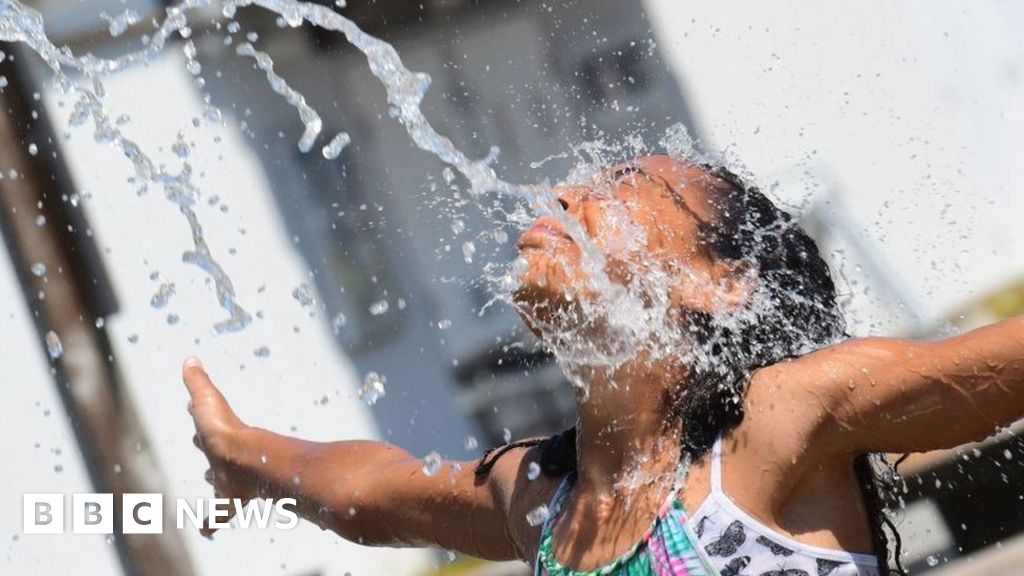 Just for fun, the temperatures in B.C. are heading to record breaking lows for the week between Christmas and New Years! We will get the first "White Christmas" in years on the South Coast!
Ashes to Ashes, Dust to Dust

British Columbia Village of Lytton Razed to the Ground by Fire after 49.6C (121.28F) Heat