A cute and handsome 35-year-old British man has been named as the victim of Sydney's first fatal shark attack in nearly 60 years. The attack was caught on video.

Police have not yet formally identified the victim and his family have not commented.

Australian authorities are still searching for the great white shark, with swimmers banned from the water and most city beaches shut after Wednesday's attack.

Mr Nellist - who was a diving instructor - was mauled by a great white shark just off Little Bay in east Sydney. He was a member of the city's Scuba Diving Social Club and a regular swimmer at the beach.

A UK foreign office spokesperson said consular staff were in touch with New South Wales Police. "We are supporting the family of a British man and our thoughts are with them at this difficult time," the spokesperson said.

Shark attacks in Sydney are uncommon because the city has long had nets and other deterrents in its waters.

On Thursday, surf lifesavers on jet skis patrolled a 25km (15.5 mile) stretch of water from Bondi in the city's east to Cronulla in the south to find the shark. Authorities are also using helicopters and drones.

The state government said its shark experts had estimated the predator to be a great white shark "at least three metres" in length based on footage of the incident taken by a member of the public.

Several passers-by who witnessed the scene have described a vicious and frenzied attack.

"The person was swimming and a shark came and attacked them vertically," Kris Linto told Nine News.

"We heard a yell and turned around, it looked like a car had landed in the water, a big splash then the shark."

One man recounted how he had been fishing on the rocks when he saw the swimmer get dragged under.

"It was terrible. I am shaking. I keep vomiting. It's very, very upsetting," he told ABC News.

Authorities managed to retrieve body parts from the water two hours after the attack.

The area's state MP Michael Daley said locals were shaken by the "horrific" incident. The victim had been a regular visitor. "He came here and swam nearly every day," he told the ABC.

"It's a beautiful day at one of Sydney's most beautiful beaches, but there's a real dark pall hanging over our community today," he said. 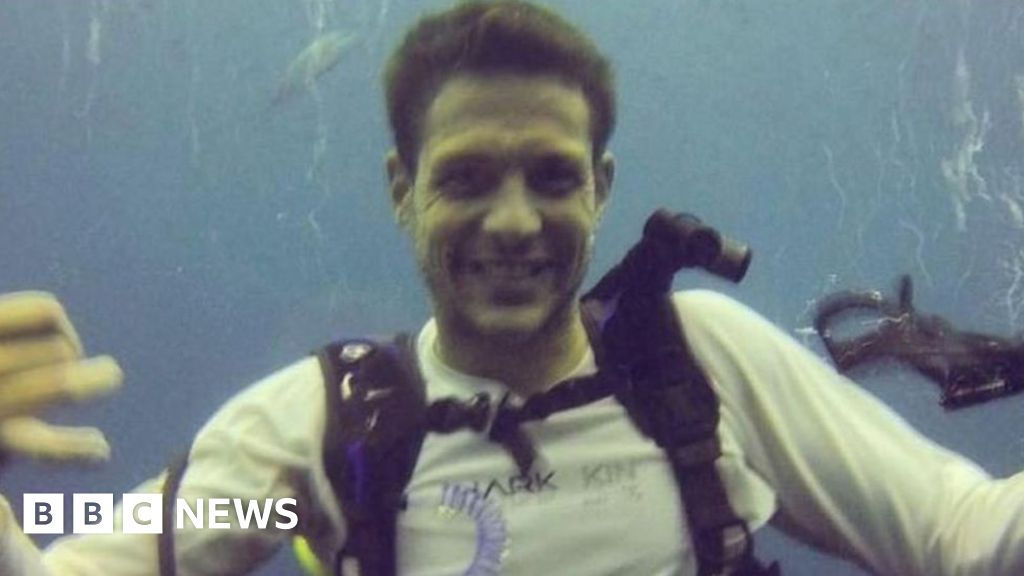 The model was planning to soon marry his girlfriend, Jenny Ho. 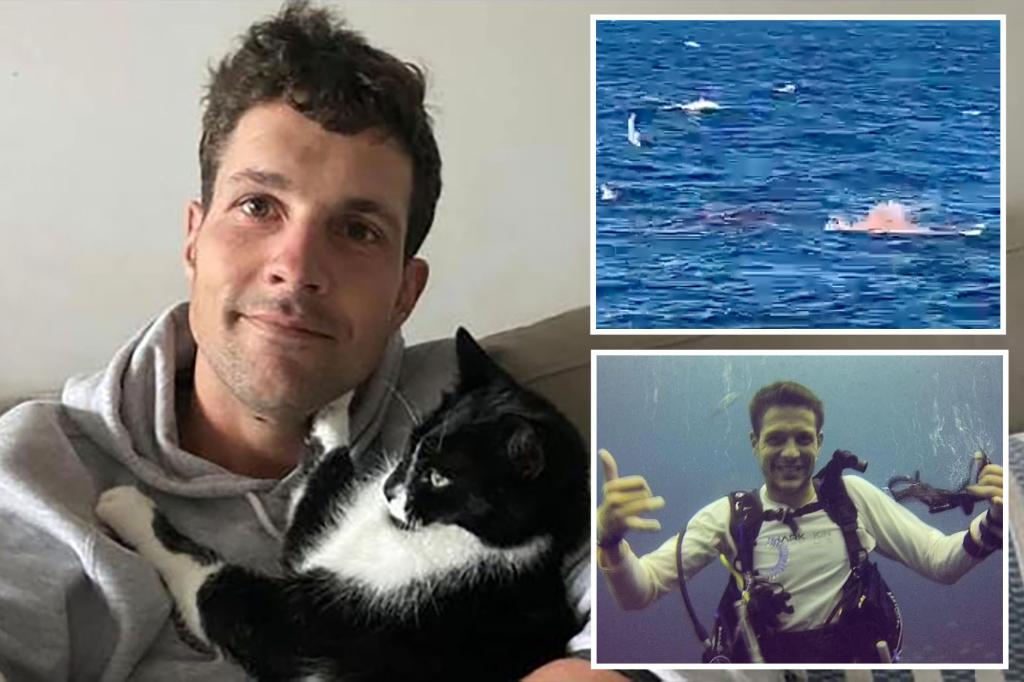 Simon Nellist, 35, was mauled to death Wednesday in the caught-on-video attack by the 15-foot-long predator at Buchan Point in Malabar.

I would have liked to be a shark ...or a seagull 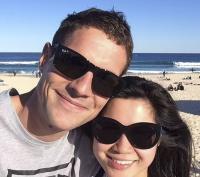 I would have liked to be a shark ...or a seagull
Click to expand...

Shark. To get the first succulent bite. Seagulls get only leftovers.
Flesh and Blood:
Organic and Natural.
Nutritious and Delicious.

So never never buy buy shark bait in a bottle that looks like your cologne!

I imagine this for myself. Just a red speedo on and the cold water of the ocean. My feet splashing like fish on a hook, causing noise and the water to churn. My body totally at the mercy of the sea and the creatures who live in it. Being stalked by a hungry shark.
Video games made me do it!
C

Just found out about this today. Would've been hot to see his parts. Video on YT wasnt very clear and not really sure if it was the real thing ejther
S

What a hottie indeed. But I haven't found any other material other than that grainy footage on YT. That shark was so lucky to have a bite of that cutie haha
You must log in or register to reply here.

Jun 6, 2022
Martin·Z
M
D
Sexy and Handsome Chinese guy almost escaped a shark attack and then he got swallowed to death

B
Garry's dream of being cooked and eaten