Brazil's space research agency said the area destroyed in April was 64% bigger than in the same period last year.

In the first four months of 2020, destruction of the forest by illegal loggers and ranchers rose 55%, it said.

Mr Bolsonaro denies this. Earlier this week he authorised the deployment of armed forces to the region.

The Amazon rainforest is a vital carbon store that slows down the pace of global warming.

Conservation groups said that, since the coronavirus outbreak began, fewer government enforcement agents had been deployed.

Brazil has been one of the worst-affected countries in South America, with 141,000 cases and nearly 10,000 deaths.

"The pandemic has not helped because there are apparently less agents out there and illegal loggers obviously don't care about the virus in remote areas of the Amazon," said Paulo Barreto, senior researcher for the non-profit conservation group Imazon.

Environmental enforcement agency Ibama said it was scaling back field agents in other at-risk areas but not in the Amazon.

Deforestation in the region has soared since President Bolsonaro took office last year.

He has argued that more farming and mining in protected areas of the forest are the only way to lift the region out of poverty.

Mr Bolsonaro's environmental policies have been widely condemned but he has rejected the criticism, saying Brazil remains an example for conservation.

He has criticised Ibama for what he described as excessive fines. His first year in office saw a sharp drop in financial penalties being imposed for environmental violations. At the same time, the agency remains underfunded and understaffed. 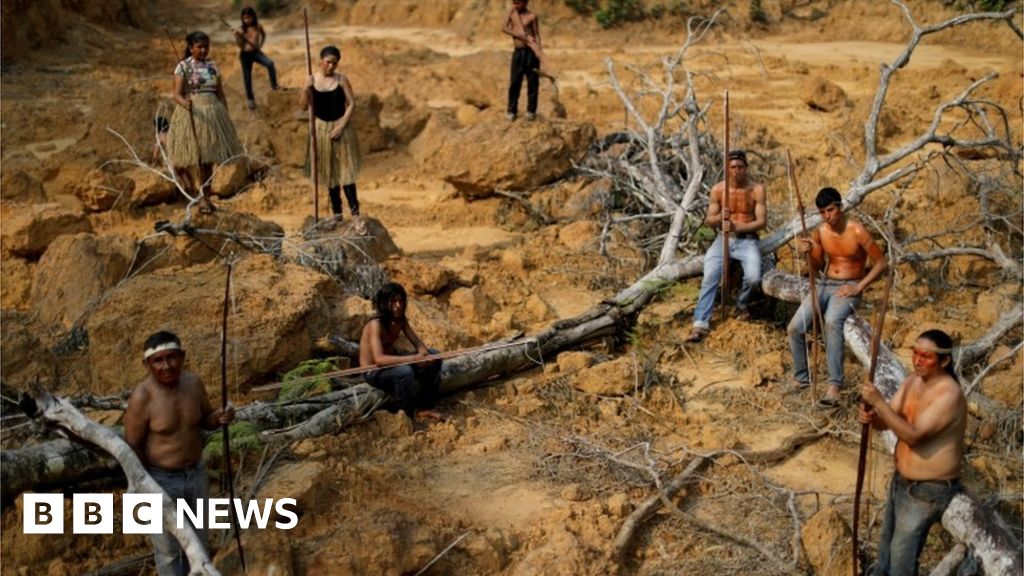 Brazil's Amazon: Surge in deforestation as military prepares to deploy