At the heart of the conflict is a dispute over control of the mountainous region of Nagorno-Karabakh.
It is recognised as part of Azerbaijan, but has been controlled by ethnic Armenians since a war in the 1990s.
Tens of thousands of people died during the war and a million others were forced to leave their homes.

The 2020 clashes began in the morning of 27 September 2020 along the Nagorno-Karabakh line of contact. Both sides reported military and civilian casualties. In response to the clashes, Armenia and the self-proclaimed Republic of Artsakh introduced martial law and total mobilization, while Azerbaijan introduced martial law and a curfew, with Vilayet Eyvazov being the commandant.

On 28 September partial mobilization was declared in Azerbaijan.

As of September 28 Armenian authorities said 31 of their soldiers had now died, and some lost positions had been retaken.

Interesting they show the IDs but not the faces. 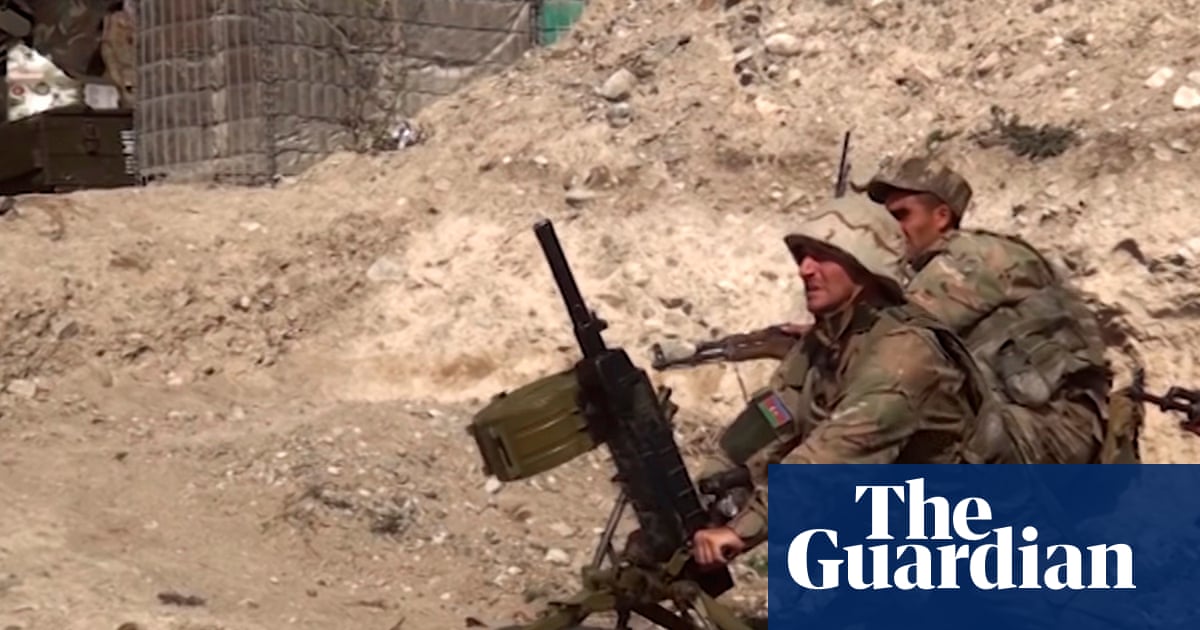 I was following this as well and I have to say, I'm excited at the prospect of dead young soldiers....Fresh meat and so hot and delicious too!
Many of them are in their prime age and I'm just getting hard watching the videos. Imagine the intense and manly smell going on!

Azeri and Armenian corpses for us to enjoy...though I'm a bit mad they are getting wasted...such meat needs to be enjoyed.

Sadly lots of them are censored I hate this, it get's increasingly common to censor everything...I wish there was more of their faces. I really envy the ones getting to smell and touch them. Now they just need a good fuck as well!

Dead Armenian soldiers in the battlefield​

Slap The Face of Dead Soldier!!

Slap it! Stomp it! Kiss it!
Flesh and Blood:
Organic and Natural.
Nutritious and Delicious.
J

So many lovely soldiers dying for nothing like trash...oh. Wish they could strip them all and pile them into a little hill with asses flashed to the spectators as a humiliation...That would be a glorious view to look at....

Jeernia said:
So many lovely soldiers dying for nothing like trash...oh. Wish they could strip them all and pile them into a little hill with asses flashed to the spectators as a humiliation...That would be a glorious view to look at....
Click to expand...

....and to poke my nose and tongue into each and every butthole, savoring the stink and taste of dead soldiers.

Pretty soldiers. Dead. To kick and drag. To strip and fuck. Cock plunging deep in a dead ass, probing at his last meal.
Flesh and Blood:
Organic and Natural.
Nutritious and Delicious.
You must log in or register to reply here.

More than 100 Armenian Soldiers Killed in Border Clashes with Azerbaijan